Nvidia Corp. on Thursday filed patent infringement complaints against Samsung and Qualcomm with both the U.S. International Trade Commission (ITC) and the U.S. District Court, in Delaware. The chip designer claims that virtually all modern graphics architectures used in mobile devices infringe its patents. As a result, Nvidia wants to ban sales of Samsung’s Galaxy smartphones and tablets in the U.S.

Samsung’s Galaxy-series products are based on Qualcomm Snapdragon system-on-chips (with Adreno graphics) or Samsung Exynos application processors (with ARM Mali or Imagination Technologies PowerVR graphics engines). Nvidia claims that all three graphics architectures use its fundamental inventions. The company states that it tried to reach an agreement with Samsung and demonstrated how its patents apply to all of their mobile devices, but Samsung did not sign an agreement.

The patents discussed in the lawsuit cover fundamental things related to modern graphics processing, it is technically impossible not to infringe them if you build an SoC for mobile devices. One of the patents describes the GPU, which puts onto a single chip all the functions necessary to process graphics; another one describes programmable shading; the third one covers unified shaders, which allow every processing unit in the GPU to be used for different purposes; yet another one mentions multithreaded parallel processing in GPUs, which enables processing to occur concurrently on separate threads while accessing the same memory and other resources. In total Nvidia accuses Samsung and Qualcomm of infringing seven of its patents.

“We are now seeking the courts’ judgment to confirm the validity, infringement and value of our patents so that we can reach agreement with Samsung and its graphics suppliers,” a statement by Nvidia reads. 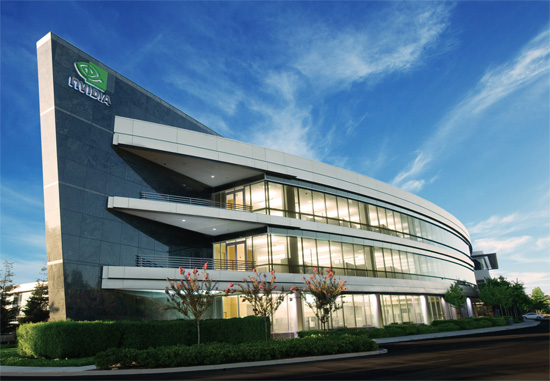 After Nvidia began to license its graphics cores to third parties last year (without any success so far), Nvidia became a rival of ARM and Imagination Technologies. While the company clearly has certain cross-licensing agreements with ARM and Imagination, it looks like it still can sue those, who adopt Mali or PowerVR graphics technologies.

While Qualcomm Adreno graphics technology is used exclusively inside Snapdragon processors and therefore does not compete against Nvidia’s graphics cores, it should be kept in mind that the Snapdragon products compete against Nvidia’s Tegra system-on-chips. Nvidia believes that since Adreno graphics cores were not initially designed by Qualcomm, but were acquired from Advanced Micro Devices, they also infringe its patents. While Nvidia has a cross-licensing agreement with AMD (which is why it believes that its fundamental IP is inside every Adreno graphics engine), it has never signed such agreement with Qualcomm.

Technically, Nvidia could sue multiple makers of devices, who use graphics IP from ARM or ImgTec, but practically the company decided to concentrate on the world’s biggest supplier of mobile gadgets, Samsung Electronics.

Samsung and Qualcomm did not comment on the news-story.

KitGuru Says: It is interesting to note that just several weeks ago chief executive officer of Nvidia said that the company will increase its efforts in order to capitalize on intellectual property. Jen-Hsun Huang brought an example of Intel Corp., which pays Nvidia $66 million per quarter for use of its graphics processing-related intellectual property. The problem is that Intel agreed to pay Nvidia as a result of a legal battle. So, perhaps, Nvidia now wants to initiate legal actions against more companies to make them pay for its vast graphics processing IP portfolio. In fact, the bottom line is simple: Nvidia will either earn by licensing its patents to device makers and/or chip designers, or will make competing graphics cores less appealing to licensees.