Apple and Samsung to participate in settlement talks

This one came as a bit of a surprise when it was first noticed in our news feeds overnight; Apple and Samsung will reportedly participate in settlement talks. The two mobile giants have agreed to meet in San Francisco within the next 90 days after the judge presiding over two Apple vs Samsung lawsuits at a Californian court ordered the parties to comment on their availability for an alternative dispute resolution.

Both Apple and Samsung CEOs, Tim Cook and Gee-Sung Choi will be present, which should rub smooth some of the rough spots between either team’s legal teams. Even though they have agreed to joint settlement negotiations, if either Apple or Samsung has a wish to stay in the courthouse it will be easy enough for one of them to disagree with the opposing party’s propositions, which at the end of the day is a rather likely event.

KitGuru says: What do you think, could the Apple vs Samsung patent war really come to an end (at least in America) within 90 days?

Previous Google Drive to launch next week, 5GB of storage included
Next VTX3D drops 7970 down to £299 plus vat 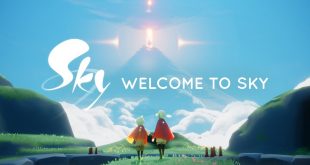 Thatgamecompany’s Sky: Children of the Light will release on PS4 and Switch with full crossplay

When Thatgamecompany announced Sky: Children of the Light, it was known that the ‘casual MMO’ …