iOS 14 is set to bring full mouse support and may also feature the ability to convert handwritten words into typed text. But these aren't the only new features that might be introduced in the next iteration of Apple's OS – iOS 14 may finally bring home screen widgets to your iPhone.

The image below shows widgets being used on an Android device – a sight that many are familiar with. Widgets are nothing new and have been a feature of the Linux based operating system for as long as most people can remember. However, 9to5Mac now reports that widgets might finally be introduced to iPhones with the upcoming iOS 14.

The statement from 9to5Mac reads: “We can say that Apple is working to provide real widgets on the iPhone and iPad home screen for the first time. Instead of pinned widgets like on iPadOS 13, the new widgets on iOS 14 can be moved around, just like any app icon. The feature is still being implemented and may be scrapped by Apple.” 9to5Mac also says that the discovery is based on code from a beta version of iOS 14.

In short. the report says that the widget functionality is in the works and can be used similarly to Android. It's important to note that the new feature is not fully confirmed and might be postponed to later versions or updates of iOS. An illustration is added below for those who want to see a representation of how widgets on an iPhone might look. 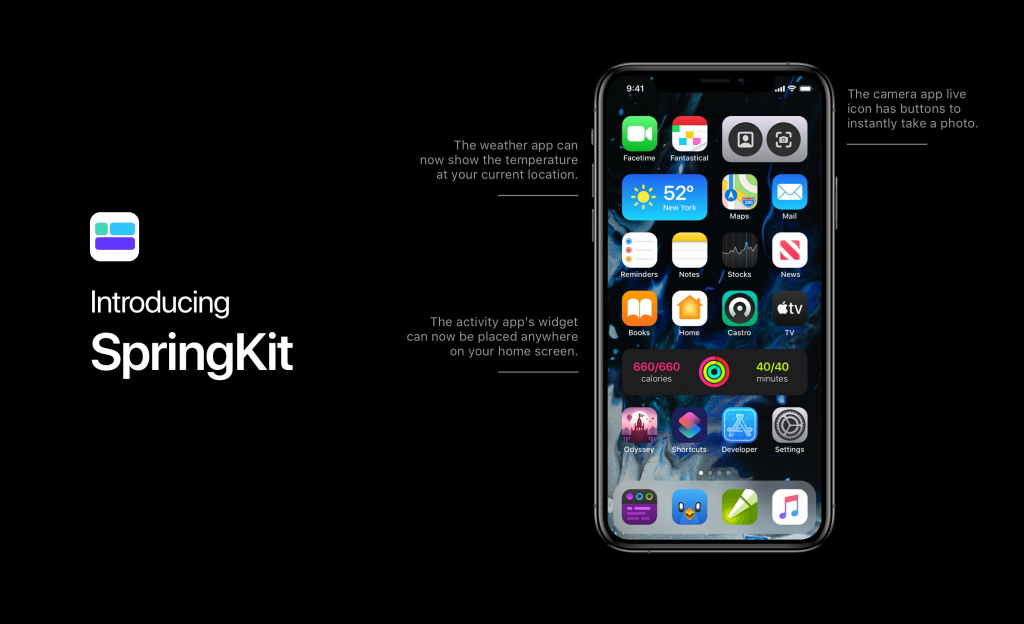 To summarise, support for widgets has reportedly been found in beta code for iOS 14. It looks like Apple finally has decided to include the widgets in its next big update of iOS.

KitGuru says: Do you think Apple will finally introduce widgets in iOS 14? What kind of widgets would you like to have on your homescreen?