It looks like Apple might not be done with the iPod range just yet after all as new models of the iPod Touch, iPod Nano and iPod Shuffle have been spotted in an image thanks to the latest version of iTunes, which launched yesterday to bring Apple Music to OS X and Windows.

All three new iPods are in colours that aren't currently available, it is also worth noting that Apple has neglected the iPod range for a few years now and even killed off the iPod Classic last year, so the range is due an update of some form. 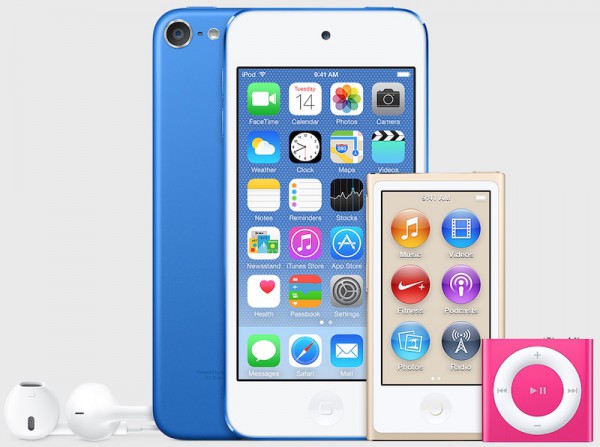 The image shows off an iPod Touch in dark blue, an iPod Nano in gold and a pink iPod Shuffle. Aside from that, the overall design is unchanged from previous models, which suggests that this may be a small refresh to keep the products relevant. Although, we may see the internals of the iPod Touch updated to run newer apps a bit better.

While the iPod Touch used to be a very popular device for Apple, it seems the iPhone and iPad have cannibalized its sales a bit, having become more and more popular over the years. There is no word on when Apple will launch its new iPods but it will either be at its iPhone event in September, or its Mac event a few weeks later in October.

KitGuru Says: Apple has been neglecting the iPod range for the last few years but it looks like it may return. It is possible that the company won't even make a big deal out of these new models and just quietly put them up for sale if there aren't many significant hardware or feature updates.