Update: Earlier this week there were reports claiming that the next iPhone would make the switch to USB Type-C, which would see Apple leave behind its own proprietary Lightning connector in order to take on a more open standard. At the time, we cast some doubt on those claims but now, KGI is also refuting them, stating all three upcoming 2017 iPhones will retain the Lightning port.

While according to KGI the Lightning connector will remain, it will be getting some upgrades to bring it more in-line with USB Type-C, including a new ‘faster charging' feature and USB C-grade power management. In order to do this, Apple will apparently be getting new components from companies like Texas Instruments and Cypress.

One of the key reasons Apple wants to retain Lightning over USB Type C on iPhone is the royalties the company receives from the iOS accessory ecosystem. On one final note, KGI points out that a USB C connector would also be larger than the Lightning port and going by Apple's removal of the headphone jack last year, it is clear the company doesn't want to give up any physical space on or within the iPhone going forward.

Original Story: We have been hearing rumours surrounding the next iPhone for a few months now and while most have centered around the use of OLED displays, a report this week has brought us some new potential information. It turns out that Apple's next iPhone may ditch the proprietary Lightning connector in favour of USB Type-C, which is becoming the new standard for smartphones and is currently used on Apple's MacBooks.

This particular piece of information comes from sources speaking with the Wall Street Journal, who have a bit of a spotty track record when it comes to Apple leaks. According to them, the next iPhone will use a USB Type-C port for both power/charging and peripherals such as docks, replacing the original lightning connector, which launched on the iPhone 5. 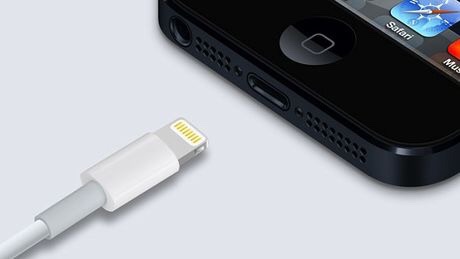 While Apple has been happy to push USB Type-C on its laptop line, the company has never hesitated to use its own proprietary connection standards in the past, as we have seen with the 30-pin iPod connector and the Lightning connector that followed.

That said, USB Type-C and Apple's Lightning connector do share some similarities, including faster charging along with the fact that it is reversible. Still, this seems like one of the less likely rumours we have heard so far.

KitGuru Says: While switching to USB Type-C wouldn't necessarily be a bad thing, it would cause compatibility issues with current iPhone accessories. Though you could argue that iPhone users would have access to a wider selection than before as the rest of the mobile industry has moved over to USB C as the standard.