We now know what replaced the headphone jack on iPhone 7

We knew that the iPhone 7 would drop the headphone jack as far back as 2015 and nobody could really figure out the benefits to doing so. One of the reasons Apple gave was to save space inside of the iPhone 7 for other components. Given that the headphone jack has been replaced by a second speaker grille on the device, you may think that perhaps that space was taken up by a second speaker. However, it turns out that is not the case at all.

teardown of the iPhone 7 performed by iFixit has revealed that the additional speaker grille appears to only be there for aesthetic purposes and doesn’t actually serve any practical purpose. 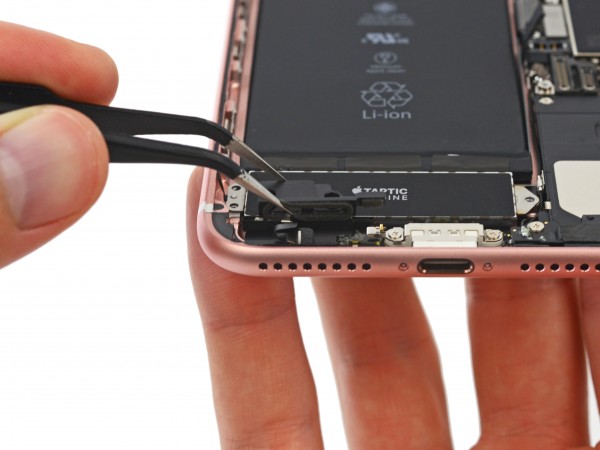 To be fair to Apple, they did not claim that there would be two speakers at the bottom of the iPhone 7. However, the new phone does tout stereo audio now, with an additional speaker at the top of the device.

On top of that, the space previously occupied by the headphone jack has been used up by a larger haptic feedback engine and slightly larger battery. The haptic feedback engine now has two uses in the iPhone 7, delivering 3D Touch as well as simulating clicks for the home button, which explains why it needed to be bigger.

KitGuru Says: If you are familiar with the iPad line-up, you may not be surprised to learn that Apple has thrown in an extra speaker grille on the iPhone 7 for aesthetic purposes. After all, this has been happening in iPads for years.

Previous Sony defends PS4 Pro 4K marketing, claims its not misleading
Next Valve boots indie studio off Steam for being hostile to users