2018’s 11 and 12.9 inch iPad Pros served as a big leap for Apple’s tablets both in terms of design and performance. With slimmer bezels, faceID and a whole slew of new features and functionality, the 3rd generation iPad Pro set the new standard for Apple’s tablets. The company has now announced its 4th generation iPad Pros, alongside some much-rumoured accessories which may fundamentally change the way the devices are used.

The 4th generation iPad Pros bring with them a number of additions and refinements. Keeping the same screen, design, and dimensions, one of the new iPad’s main features is its new and improved camera. Inspired by the iPhone 11 series, the new camera features two lenses, a 12MP wide and 10MP ultra-wide sensor, allowing for greater flexibility with both photography and video.

Furthermore, the iPad Pro features a LiDAR scanner. LiDAR stands for Light Detection and Ranging and is used to determine the distance of objects. This new level of depth sensing will “open up tremendous possibilities for augmented reality and beyond” according to Apple. 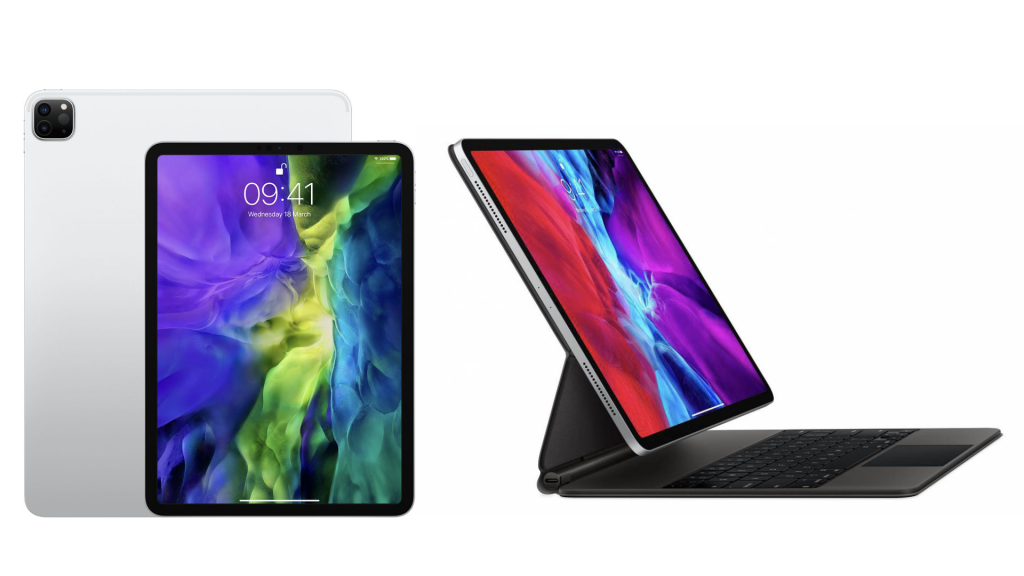 The iPad also comes with WIFI 6, future proofing it for when the standard becomes much more accessible, and a new base storage of 128GB. Lastly, the 4th generation iPad Pro comes with a new A12Z Bionic chip. According to Apple, “iPad Pro is so fast it outpaces most PC laptops available today. It makes everything you do fast and fluid, from your everyday tasks to graphics-intensive workflows. And the 8-core graphics processor means even more performance and realism for the apps and games where it matters most”. The 3rd generation iPad Pros are still speedy, and so the new chips are giving Apple’s tablets even more headroom for future features.

Alongside the iPad, Apple also announced a new accessory. The Magic Keyboard for the iPad Pro adds a trackpad to the tablet for the first time. With iOS 13, Apple added rudimentary support for cursors, however now with iPadOS 13.4 the devices are seeing full system-wide support. Unlike traditional cursors, the one on the iPad is much more contextual, acting like a hybrid between traditional computers and a tablet. The new accessory also features an extra USB-C port and a ‘floating design’, though it isn’t set to release until later in the year.

KitGuru says: What do you think of the new iPad Pros? Do you like the direction that Apple seems to be taking with the devices? Does the 11 or 12.9 inch appeal to you more? Let us know down below.