Samsung has a new patent that shows a smartphone equipped with an array of six camera lenses. What makes the patent special is that the cameras are capable of tilting to capture a scene or object with greater detail.

Each year brings new innovations that further advances the functionalities available in smartphones. One area where smartphone manufacturers seem to have been extra diligent is when it comes to cameras – nowadays it's not unusual for phones come with three or more cameras. What is unusual, though, is to see a smartphone that has tilting cameras. However, according to a recently released patent from Samsung, tilting cameras may be introduced into the world of smartphones in the not too distant future. 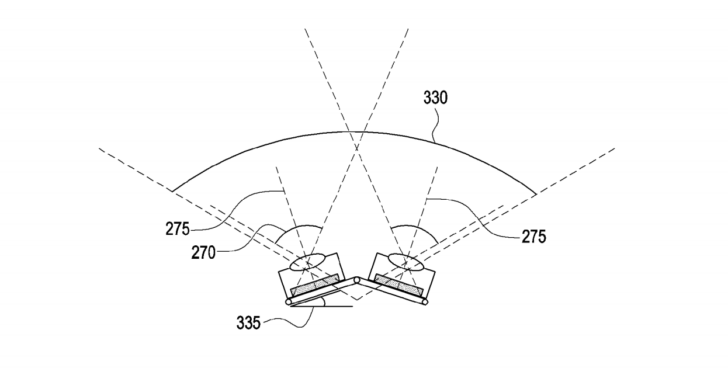 Samsung's design shows an array of six cameras, five wide-angle lenses and one telephoto lens. The added tilt functionality makes it possible for the cameras to work together to create a wider angle, resulting in images with greater detail – the function is expected to be especially useful for panoramic views.

The patent from Samsung is called “Apparatus and method for operating multiple cameras for digital photography”, and although the patent application was filed last year, it has only recently been made available to the public. Whether or not we will see the technology implemented in a commercially available smartphone any time is another matter entirely, but it is good to know smartphone technology is continuing to push the boundaries of its photography.

The full patent can be examined HERE.

KitGuru says: What are your thoughts on the technology shown in Samsung's patent?