Huawei’s P20 Pro has three rear cameras… and a notch

Today, at a launch event in the heart of Paris, Huawei has unveiled its latest smartphones – the P20 and P20 Pro. I've already spent some time with both devices, so here's everything you need to know about the new handsets.

We'll start with the most obvious thing – there are two new handsets. The P20 has a 5.8in LCD display and crucially ‘just' two cameras, while the P20 Pro has a 6.1in OLED display and the unique triple camera configuration. 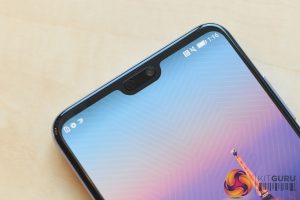 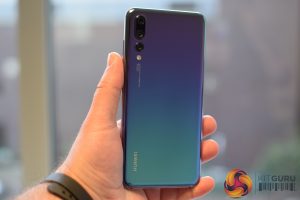 Apart from the size, the P20 also has slightly cut-down specs when compared to its bigger brother. Its battery capacity is 3400mAh – compared to the P20 Pro's 4000mAh unit – while its dual camera setup doesn't have as high a megapixel count (12+20 vs 20+40+8). Another notable difference is the P20's IP53 water and dust resistance rating, when the P20 Pro is IP67 rated.

Strangely, the P20 has a marginally higher screen resolution though, coming in at 2244×1080. The P20 Pro's resolution is 2240×1080. While it's hardly a major difference, the P20 will look sharper thanks to its slightly smaller screen which gives it a higher pixels per inch count.

Both devices share the same overall design, however, and that means a small notch is present for the selfie camera and earpiece speaker. That selfie camera is also notable for its whopping 24MP resolution, while it can even be used for facial recognition to unlock your phone – the latter feature being something I managed to try out, and it is really fast.

There are all the usual colour options for both phones as well, but Huawei has also introduced a brand-new colour called ‘twilight' which you can see above. This is a lovely gradient effect which I got to see in the flesh, and it looks simply stunning – it's certainly something different from the black slabs we're used to seeing. This option is available for both devices, and here's hoping I'll get one of those to review. 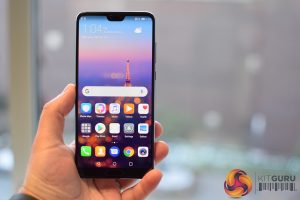 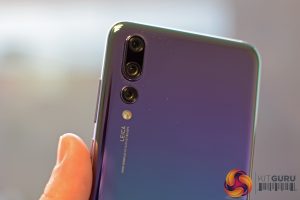 The P20 Pro is definitely the more exciting of the two handsets, however, and the main talking point is the triple rear-facing camera setup. These have been manufactured in partnership with Leica, and the setup is actually fairly straightforward. There is one 20MP monochrome lens, one 40MP RGB lens, and one 8MP telephoto lens – the latter being something Huawei had not implemented until now.

Essentially, this configuration means you should be able to take really sharp and detailed images when using just the 40MP RGB camera, but the 20MP monochrome lens allows you to shoot in ‘proper' black-and-white, while the addition of the 8MP telephoto (or zoom) lens allows you to get much sharper, more detailed shots at long distances.

As well as the new hardware, Huawei has shown off a load of new software features for its cameras, powered by AI. These include the ability to shoot long exposure times (up to four seconds) while hand-holding the device and still get sharp images, as well as automatic scene recognition and a 4D predictive focus feature that dynamically moves the camera's focus as your subject moves. Stay tuned for a full camera analysis coming soon. 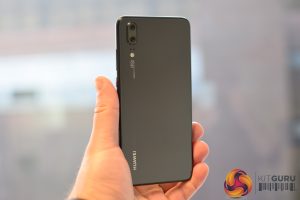 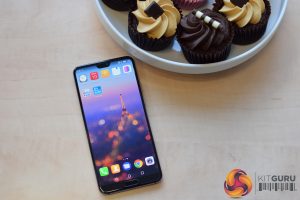 Under the hood, both devices are powered by Huawei's Kirin 970 chip which is good to see – it's a really fast processor. The P20 comes in a 4GB/64GB configuration, while the P20 Pro is 6GB/128GB as standard. Both devices are running EMUI 8.1 which is Huawei's Android skin that is built on Oreo 8.1.

At the time of writing, we don't yet have confirmed pricing or availability but we will update this article when we have them.

KitGuru says: While both devices look good, the P20 Pro is undoubtedly the most interesting thanks to its triple camera configuration. Stay tuned for our full review coming soon.