Lenovo Group this week said that it had sold its 100 millionth ThinkPad notebook. To celebrate the milestone for the legendary brand, Lenovo introduced its third-generation ThinkPad X1 Carbon laptop, the world’s lightest high-performance 14” laptop.

“Since the original ThinkPad 700, ThinkPad engineers have continued to drive innovation by making each new ThinkPad better than the last,” said Yang Yuanqing, chairman and chief executive of Lenovo. “Reaching 100 million units sold proves they are succeeding.”

ThinkPad notebooks were originally manufactured by IBM Corp. and the name is a result of the company’s corporate slogan “Think” introduced originally in the 1920s. Although initially IBM corporate naming committee opposed the brand (since they preferred to have numbers instead of names at the time), the trademark was kept since it was beloved by the public. 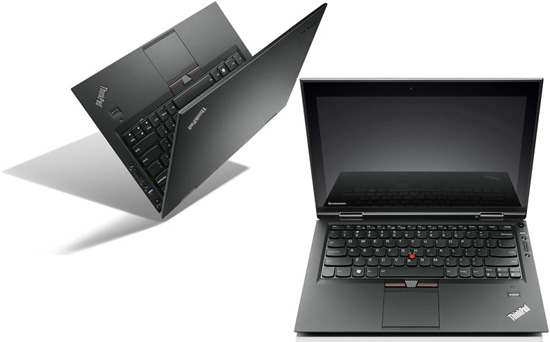 The first ThinkPad notebook – the IBM ThinkPad 700 – was introduced in late 1992. The 700-series laptops featured Intel 486 SLC processor as well as 9.5” monochrome or 10.4” active-matrix colour displays. The weight of the machines was 2.9 or 3.4 kilograms. While the first ThinkPads barely have anything in common with the current models, it is noteworthy that the mobile PCs retained strict black colour as well as the legendary TrackPoint pointing device.

Throughout its 22 years history, ThinkPad became the first notebook PC to be used onboard of space stations and introduced a number of industry’s first innovations. Today, the ThinkPad laptops remain among the best laptops on the market.

“When we acquired IBM’s PC business, we made a promise to not just protect the ThinkPad franchise, but to make it even better, even stronger,” said Mr. Yuanqing. “Today, ThinkPad continues to be one of the most respected brands in the industry, fueling Lenovo’s rise to number 1 in the global PC industry. Now, even as Lenovo expands into mobile devices, servers, and ecosystem and cloud computing, ThinkPad will remain at the core of our strategy and the heart of our business. It is an honor to continue to bring this legendary brand to our customers, and I look forward to many more ThinkPad milestones to come.”

The third-generation ThinkPad X1 Carbon features a 14” super-bright display with up to 2560*1440 resolution and 10-point multi-touch technology, it weighs around 1.31 kilograms and measures up to 17.7mm in height. Thanks to usage of the latest Intel Core i7-5600U “Broadwell” processor with vPro technology (two cores, up to 3.20GHz, 4MB cache, Intel HD Graphics 5500, 15W TDP), the new laptop can work up to 10.9 hours on a battery charge. The machine is built of carbon fiber and is pretty rugged.

The laptops also include up to 8GB of DDR3L memory, up to 512GB Samsung SM951 solid-state drive with PCI Express 3.0 interface (that offers 80 per cent performance improvement compared to previous-generation models), 802.11b/g/n/ac Wi-Fi, Bluetooth 4.0, Gigabit Ethernet and other necessary things. Unlike other ultra-thin notebooks, the ThinkPad X1 Carbon features USB 3.0 (including one always-on USB 3.0), OneLink 1.0, mDP, mini HDMI, 3.5mm TRRS audio/mic jack etc. A unique thing about the ThinkPad X1 Carbon is that it can integrate an optional 3G/4G WWAN modem. The laptop runs Microsoft Windows 8.1. 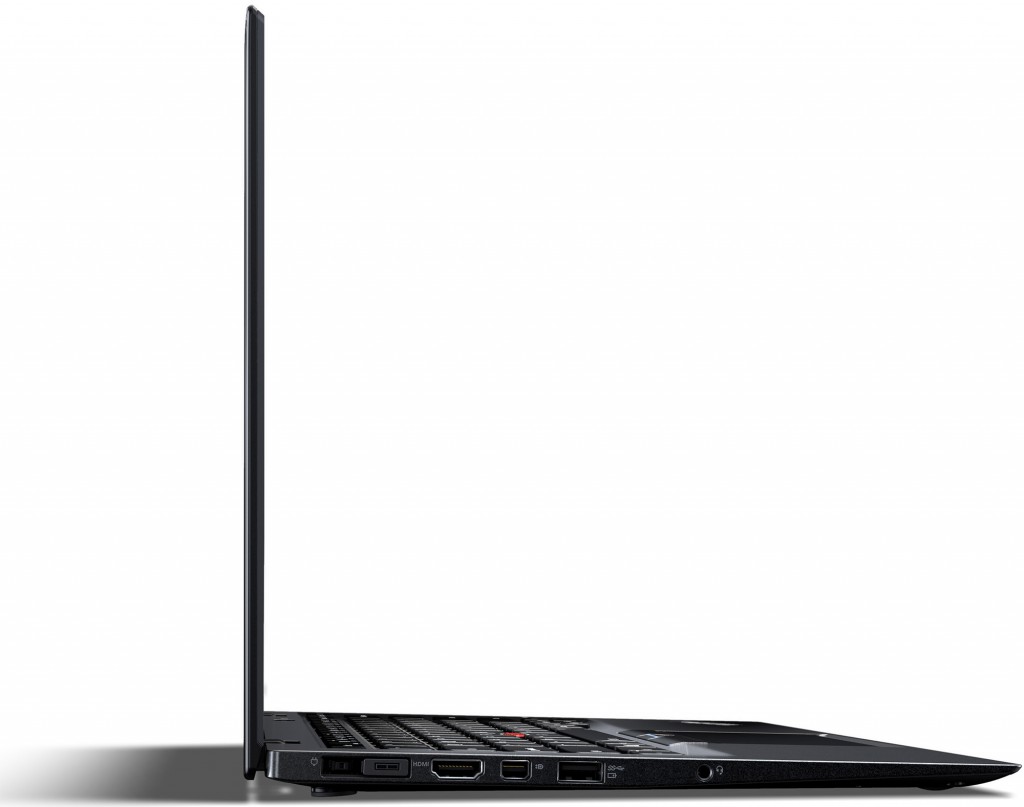 KitGuru Says: While the ThinkPad in general remains an iconic brand, the PCs are not as reliable as they used to be and are nor as desirable as they used to be for many reasons. Lenovo does its best to keep the brand in the premium league, but from time to time it introduces cheap ThinkPad models that greatly devalue the trademark. Another problem is that ThinkPads ceased to be the most innovative laptops in the industry. Even the newest ThinkPad X1 Carbon does not feature a retina-class display, something that Apple MacBook Pro laptops have featured since 2013.