Just in time for the back to school season, we were invited to see some of the latest laptops utilising Ryzen Mobile processors. These included machines from the likes of Acer, ASUS and Lenovo, with a range of models on show aimed at different areas of the laptop market. 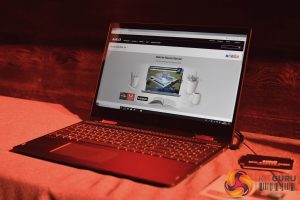 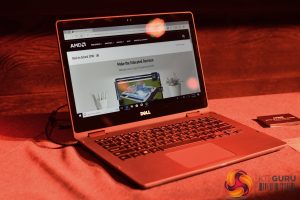 While many different manufacturers were represented at this event, the laptops all had one thing in common – Ryzen Mobile processors. These have been around since the end of last year, but it seems AMD is making the mobile sector more of a focus again.

The laptops we saw, including the HP Envy X360 15″ (pictured above, left) and Dell Inspiron 7375 (pictured above, right) use a range of these processors, including the Ryzen 5 2500U and Ryzen 7 2700U. These are both quad-core CPUs, but the difference is with the graphics – as each Ryzen Mobile processor has Vega graphics cores built in. This technically makes them APUs, not CPUs, but AMD says it is still marketing them as CPUs for the sake of the everyday consumer who may not know the difference.

So, while the 2500U and 2700U both have 4-cores and 8-threads, the former has 8 Vega cores built in, while the latter ups this to 10 Vega cores. AMD says this means a Ryzen Mobile laptop will offer the same level of CPU performance as an Intel-based laptop – but you get far more for your money thanks to the built-in Vega graphics.

On top of this, AMD also says that having both computing and graphics contained within a single chip – instead of separate CPU and GPUs – has positive implications for power consumption and battery life. 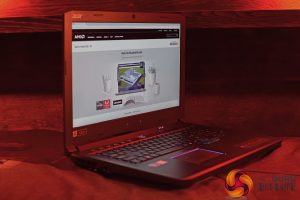 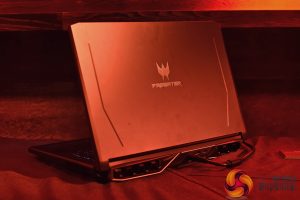 On top of the Ryzen Mobile laptops on offer, we were also able to get hands-on with something a bit more meaty. Pictured above is the Acer Predator Helios 500. I actually first saw this laptop in May, at Acer's global product launch in New York. Back then, it was announced with an Intel i9 processor alongside GTX 1070 graphics.

This model, however, has made a radical switch to Team Red, by utilising a desktop Ryzen 7 2700 processor as well as a desktop Vega 56 graphics chip. This pairs nicely with the Freesync display, available as either a 1080p/144Hz or 4K/60Hz panel.

We don't yet have word on pricing for this model, but considering the Ryzen 7 2700 is a proper 8-core CPU, it looks like it would be an excellent portable workstation as well as gaming machine.

KitGuru says: It is good to see a range of CPU options in the laptop space again – Ryzen Mobile looks to offer a balanced experience for the every day user, while hardcore AMD gamers will find the Helios 500 to be right up their street.