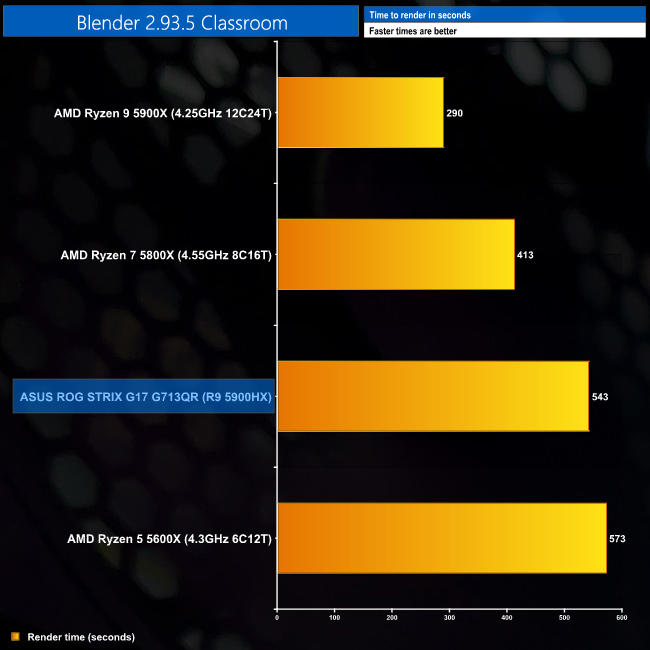 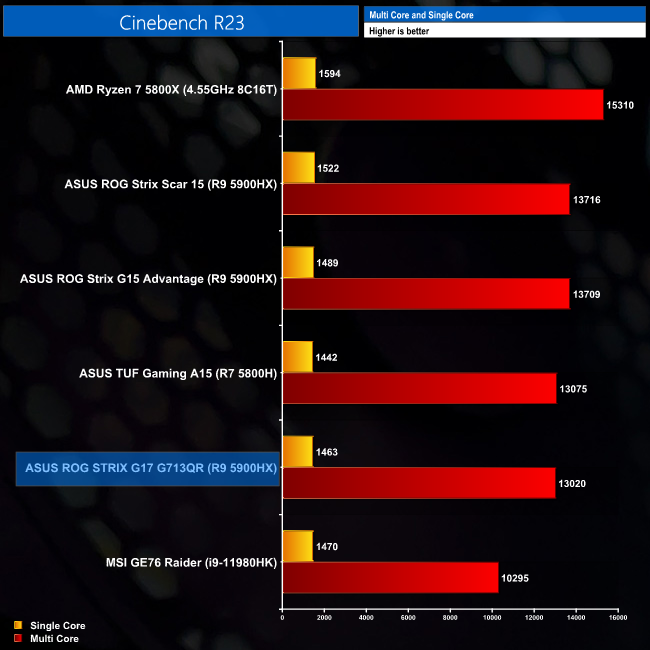 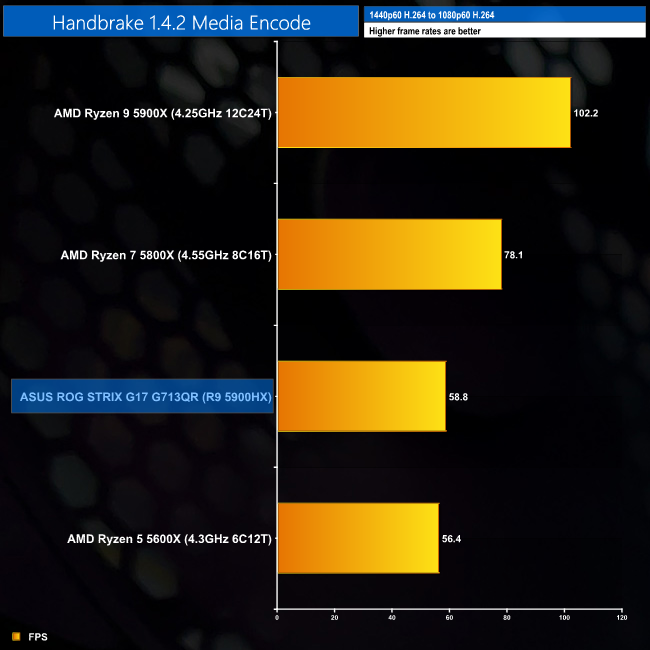 In Cinebench R23, the G17 actually sits a little behind the Ryzen 7-equipped TUF Gaming A15 in our charts. This result is repeatable and is around 5% lower than I would expect from the G17 given the Ryzen 9 5900HX G15’s performance. I am pointing the finger at sustained cooling performance or BIOS revisions here. 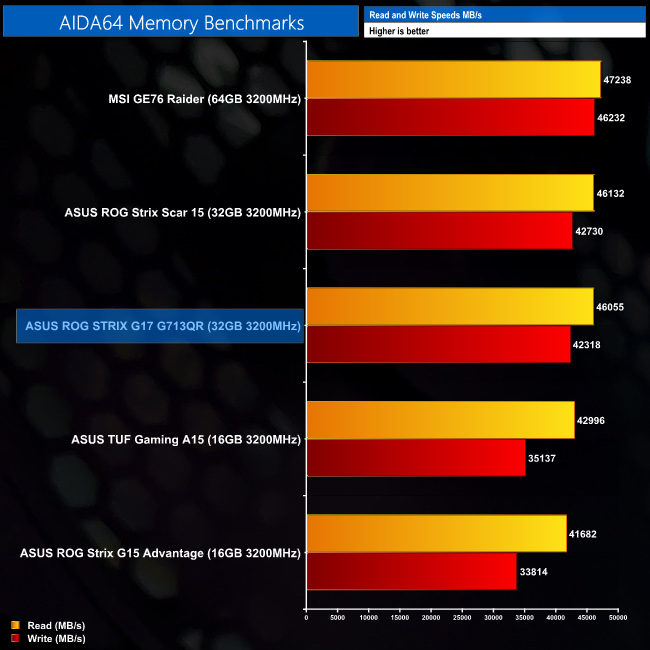 Memory performance is right where we would expect it to be for 2x16GB of 3200MHz DDR4 at CL22. 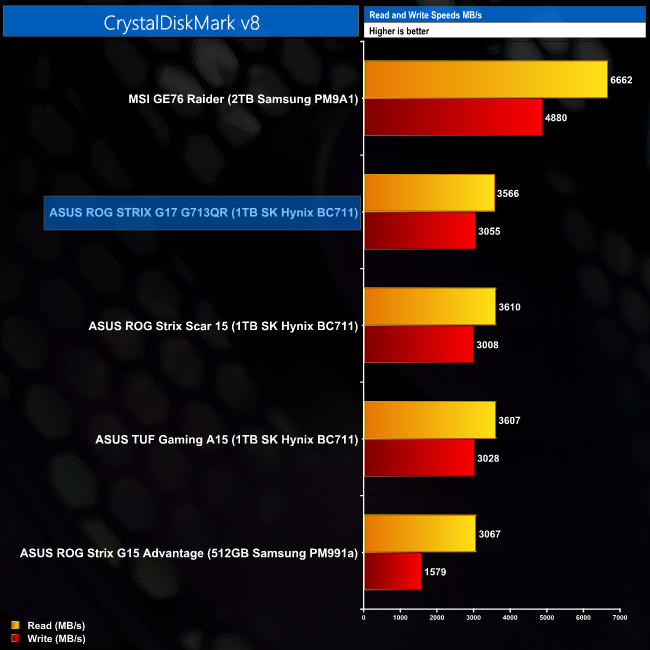 The SK Hynix BC711 1TB NVMe SSD looks to be a reasonable performer. This drive makes logical sense on the G17, as the AMD mobile platform does not support PCIe Gen 4, disappointingly. That highlights why the MSI Intel-based competitor is so vastly superior in terms of SSD performance.