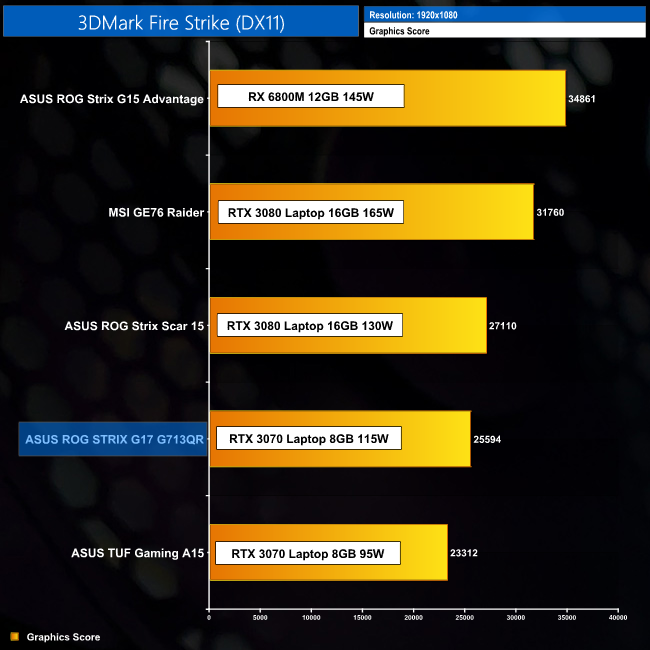 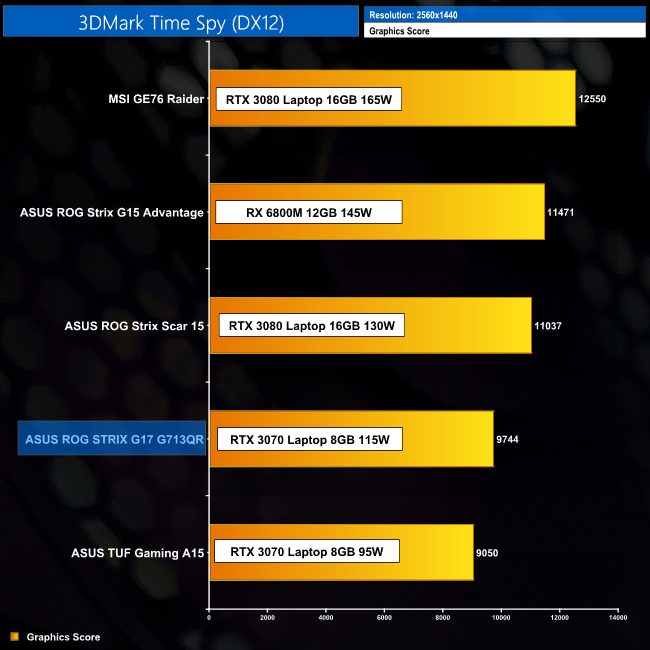 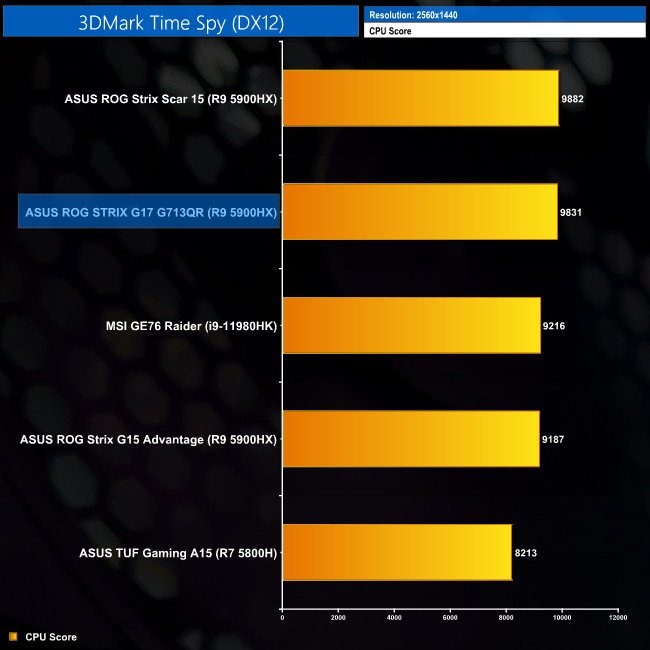 GPU-focussed performance in 3DMark is basically a chart showing the power limits allowed to each laptop GPU. With its 115W TGP, the STRIX G17 sits above the 95W RTX 3070 in ASUS’ TUF Gaming A15. But the 130W RTX 3080-equipped ROG STRIX Scar 15 is faster.

CPU-based scoring for the Time Spy test is an area where the G17 does very well, though. With this CPU test that is clearly less demanding than Handbrake or Blender, the ASUS laptop allows AMD’s Ryzen 9 5900HX chip to flex its muscles at the top of our chart.