Google is reportedly working on a 4K Chromebook codenamed ‘Atlas’

Since 2015, Google has been continuously supporting its lineup of Pixelbook laptops, all sporting Chrome OS. In October, we finally got a hardware revision, with beefier processors and better battery life, but it looks like the next upgrade could be just around the corner. Reports this week claim that Google is currently preparing a 4K upgrade for its Chromebook laptops.

The current Pixelbook comes with a 12.3-inch display running at a 2400×1600 resolution. That seems like more than enough pixels for such a small laptop, but it seems that Google is hoping to make the jump to 3840×2160 is the future. This information comes from a recent update to the Chrome OS source code, spotted by XDA Developers, which references a machine under the codename ‘Atlas' with a 4K display. 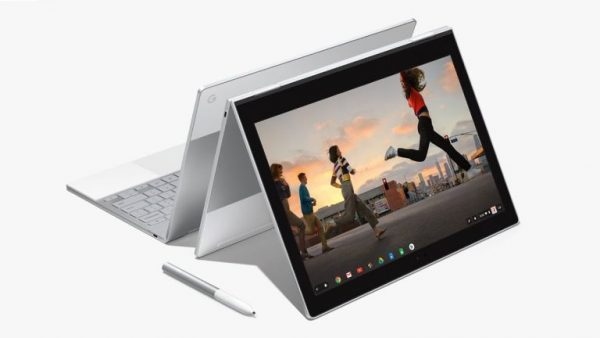 Currently, most high-end laptop makers are switching to 4K displays, so while Google's Pixelbook might not necessarily need a higher resolution, the upgrade will help it to compete in this changing landscape. The switch to 4K also means that the Pixelbook will have a 16:9 aspect ratio, which is much wider than the 3:2 aspect ratio found on current Pixelbook laptops. This will be better for multitasking, or even just watching full-screen video.

Other references to Atlas in the source code include support for touch-screen, touchpads and keyboards, indicating that this will be another Chromebook/Pixelbook laptop, rather than another device.

KitGuru Says: The most recent Pixelbook refresh only started rolling out six months ago, so I wouldn't expect this new model to arrive too soon. However, a release later this year could be likely. Do any of you currently own a Pixelbook? Do you think a 4K upgrade would be worth it?