A little turned off by Google’s first generation of of Chromebooks due to underwhelming, sometimes sluggish performance? If you’re otherwise keen on having one you’ll be interested to know Google’s second wave of Chromebooks will supposedly be a lot better not only in that dept. but in terms of simplicity and security as well.

During a recent interview, senior vice president of Chrome Sundar Pinchai said, “We remain very excited about Chromebooks. We got a lot of positive feedback, and we are really looking forward to the next generation of Chromebooks. We will improve on the dimensions of speed, simplicity, and security“.

With that said, the primary points of focus for Chromebooks remain in that they are designed with low power consumption, long battery life and low pricing in mind. So while all your social online needs will be met in a less clunky manner, more intensive tasks like gaming and photo editing etc. will be staying off the list of possibilities.

Certainly, when considering the immense growth we’ve seen in the tablet and Ultrabook segments, Chrome OS at the very least has to step up the pace significantly and in more ways than one for its next generation of Chromebooks to remain a sensible option that people will actually want.

KitGuru says: It’s hard to imagine Chromebooks lasting much longer than another generation in line of their quite limited capabilities that leave them in the wake of entry level laptops costing a similar amount of money. 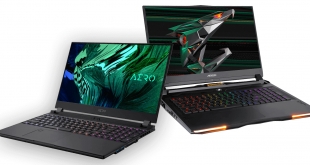