ASUS ROG first entered the smartphone market back in 2018, delivering the first ROG Phone. Since then, there have been a number of iterations, bringing us to today's launch of the ROG Phone 5. Unsurprisingly, it is shaping up to be the best Android smartphone currently on the market hardware-wise.

There are three versions of the ROG Phone 5 – a base model, a ‘Pro' model and an ‘Ultimate' model. Each one comes with a Qualcomm Snapdragon 888 SoC, but they differ in RAM capacity. The base version comes with 8GB as standard, meanwhile the Pro ships with 16GB of RAM. The ROG Phone 5 Ultimate has the overkill option of 18GB of LPDDR5 memory, which SK Hynix began mass producing recently. 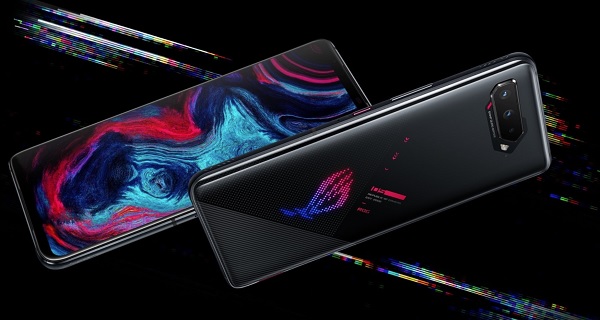 Other specs include a 6.78″ AMOLED display with 144Hz refresh rate and 1ms response time. The Samsung-made display also features HDR10 and HDR10+ certification with up to 1,200 nits of peak brightness. On the ROG Phone Ultimate model, the display is taken a step further by adding 300Hz touch sampling.

On the rear of the ROG Phone 5 you'll find a triple camera set up with a Sony IMX686 64MP sensor, a secondary 13MP ultrawide angle lens and a third 5MP camera.

For wireless connectivity, the ROG Phone 5 supports WiFi 6 and 5G Cellular. For audio, there are dual front-facing speakers, a headphone jack and a quad microphone array with ASUS Noise Reduction Technology. Each ROG Phone 5 also comes with a 6000 mAh battery with Quick Charge 5.0, so it should hold enough power for gaming sessions and general use, while also charging back up in record time.

KitGuru Says: What do you all think of the latest ASUS ROG Phone? Is this something you'd consider upgrading to later this year?