We are just one day away from the launch of the OnePlus 7 and the OnePlus 7 Pro. This time around, OnePlus is less concerned about pricing and will instead focus on offering a beefier device, with two distinct tiers. We’ve already heard OnePlus talk up the new display it is using, but now a new leak has seemingly revealed exactly what to expect in terms of hardware.

The OnePlus 7 and the Pro version will be using the same display. We already knew that it would have high refresh rate, but today’s leak from WinFuture points to it being a 6.7-inch ‘Fluid AMOLED’ display with a 3120×1440 resolution and 90Hz refresh rate. It will also apparently have a fingerprint scanner baked into the display and in order to avoid the need for a ‘notch’, a pop-up front facing camera will be used. 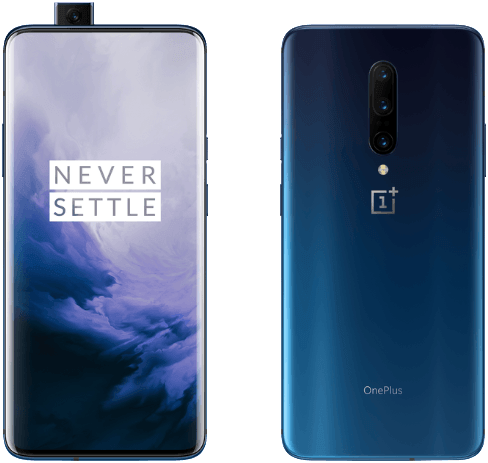 Under the hood, it looks like we can expect a Qualcomm Snapdragon 855 processor. The OnePlus 7 Pro will also apparently come with several different RAM options, with 6GB, 8GB and 12GB versions set to be made available depending on how much money you are willing to spend. In terms of storage, there will be 128GB and 256GB options.

The front facing camera will reportedly be a 16MP unit using the Sony IMX471 sensor. The back of the phone will house a triple-camera setup, similarly to what we are seeing rumoured for the iPhone 11. The three sensors here will be 48MP, 16MP and 8MP respectively with enhanced optical zoom, wide angle and image stabilisation capabilities.

KitGuru Says: While most of the specs outlined here are likely going to be accurate, I was expecting the OnePlus 7 Pro to come in at a slightly higher price. Of course, none of this is confirmed by OnePlus yet, so take this information with a grain of salt. We’ll be back tomorrow to report on the official announcement.