We've already heard that LG is supposedly teaming up with Google again this year to bring back the Nexus 5 in a new 2015 edition. However, up until now internal specifications and performance numbers have remained a mystery. Fortunately though, leaked AnTuTu benchmark results show how the new Nexus 5 will apparently stack up to the competition. 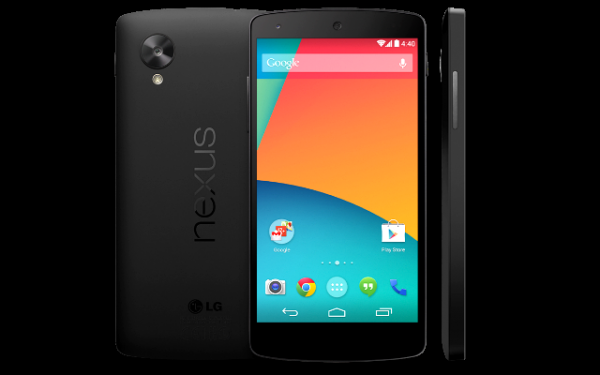 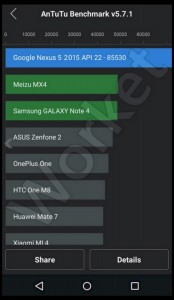 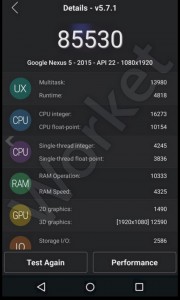 The 2015 edition of the highly popular Nexus 5 smartphone isn't due out until later this year when Google officially releases Android M alongside its new devices. However, a short while back the Snapdragon 820 was spotted on the Geekbench website, which will also presumably début this year.

Considering how high the Nexus 5 has scored on AnTuTu, it is possible that the smartphone will sport Qualcomm's Snapdragon 820 SoC. Considering the bad reputation the Snapdragon 810 has garnered this year, it wouldn't be surprising to see Qualcomm attempt to replace it fairly quickly.

It is important to note that these sort of things can be faked, this isn't really a confirmation of anything to do with the Nexus 5 so treat everything as rumour. That said, Google's Nexus 5 revival will likely be announced in a few months time at an October event so we don't have too long to wait.

KitGuru Says: The Nexus 6 failed to capture the market last year, partly due to its high price, larger than usual screen and delays to release. However, if Google were to return to its old way of doing things with the Nexus 5, it may see popularity return. Are any of you currently running a Nexus 5? Would you upgrade to a ‘2015 edition'?