These are the specs of BlackBerry’s rumoured Android device

Last week, we got wind of rumours suggesting that in an effort to become competitive in the market again, BlackBerry may jump ship from its own operating system to Android with a future smartphone. Now, it looks like we have some leaked specifications, letting us know what BlackBerry is apparently planning to use in its first Android smartphone.

At the time, rumours also suggested that BlackBerry had already shown its Android device at the Mobile World Congress. The phone is currently poised to be a slider device with a physical keyboard and touch screen. 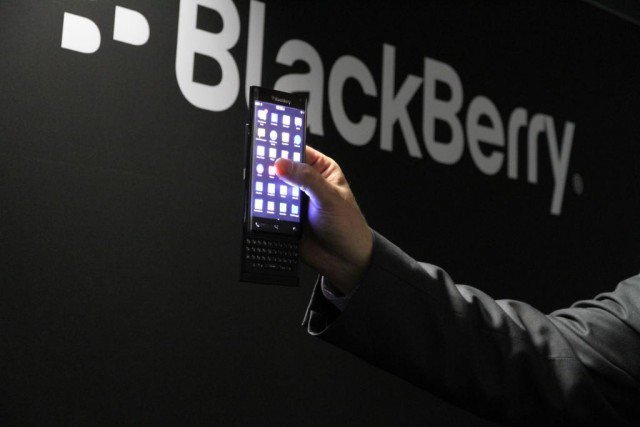 According to N4BB (not a well known source for leaks so take with a pinch of salt), the BlackBerry Android device is currently code-named ‘Venice’ and will feature a rather large 5.4 inch 1440p display. In addition to that, it will sport a Qualcomm Snapdragon 808 processor and 3GB of RAM so it will be fairly competitive hardware-wise.

Aside from the specs, the N4BB report also reckons that BlackBerry’s Android smartphone will launch in November this year. BlackBerry has yet to confirm the existence of an Android device of its own and so far, leaks haven’t been all that solid so we shall treat this as rumour and speculation.

KitGuru Says: Given BlackBerry’s tiny marketshare at this point, I wouldn’t be too surprised to see them launch an Android device, even Nokia experimented with Android ahead of the Microsoft buyout. Do you guys think BlackBerry could compete in the Android space? The market is pretty saturated as it is but they do have a pretty big brand name.