Gigabyte’s premium gaming division Aorus will be showcasing its line of next-generation products for gamers at PAX East this weekend. Aorus plans to show off an arsenal of new pre-built PC gaming systems, gaming monitors and laptops during the gaming festival held at the Boston Convention & Exhibition Centre.

The new gaming products on show at PAX East from Aorus include a series of tactical gaming monitors designed to offer gamers with twice the detail and graphics quality compared to Full HD 1080p monitors, with the new Aorus FI27Q-P that features a 27” QHD (2560 x 1440) resolution panel, 19:9 aspect ratio and 165Hz refresh rate for high detail and fluid gameplay.

Aorus FI27Q-P tactical gaming monitor is equipped with AMD FreeSync technology that puts an end to choppy gameplay or screen tearing and allows for smooth gaming with high frame rates without adding extra latency. Other tactical gaming monitors on display from Aorus at PAX East include displays specifically designed for first-person shooters, the CV27F and CV27QP with 1500R curvature and 165Hz refresh rate. 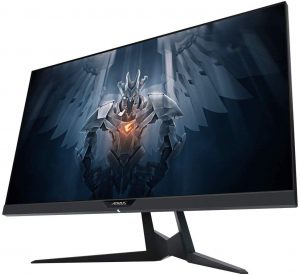 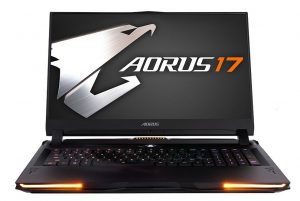 Enthusiasts who prefer to game on the go will also be able to check out the new Aorus 17 gaming laptop, the world’s first gaming notebook with Omron mechanical keyboard switches, ideal for competitive online multiplayer games. The Aorus 17 is equipped with an Intel Core i9 or i7 processor and is the first Microsoft Azure AI notebook.

Gigabyte Aorus has also invited along several PC modders who will be displaying their own custom water-cooled system builds based on Gigabyte Aorus products such as the Z390 Aorus Xtreme Waterforce motherboard and Aorus RTX 20280 Super graphics card. Visitors to PAX East will also have the opportunity to use Aorus hardware in the gaming corner at the Aorus booth and test drive it with a series of games.

KitGuru says: PAX East kicked off on 27th February at the Boston Convention & Exhibition Centre, Boston, MA in the U.S and will run until 1st March, have any of you guys got a ticket to attend?