Gigabyte has a couple of new gaming laptops at this year’s Consumer Electronics Show, called the Auros X5 and X7. They come in different sizes and flavours, but all of them are rather capable machines, able to deliver high-end gaming performance, in a compact package. 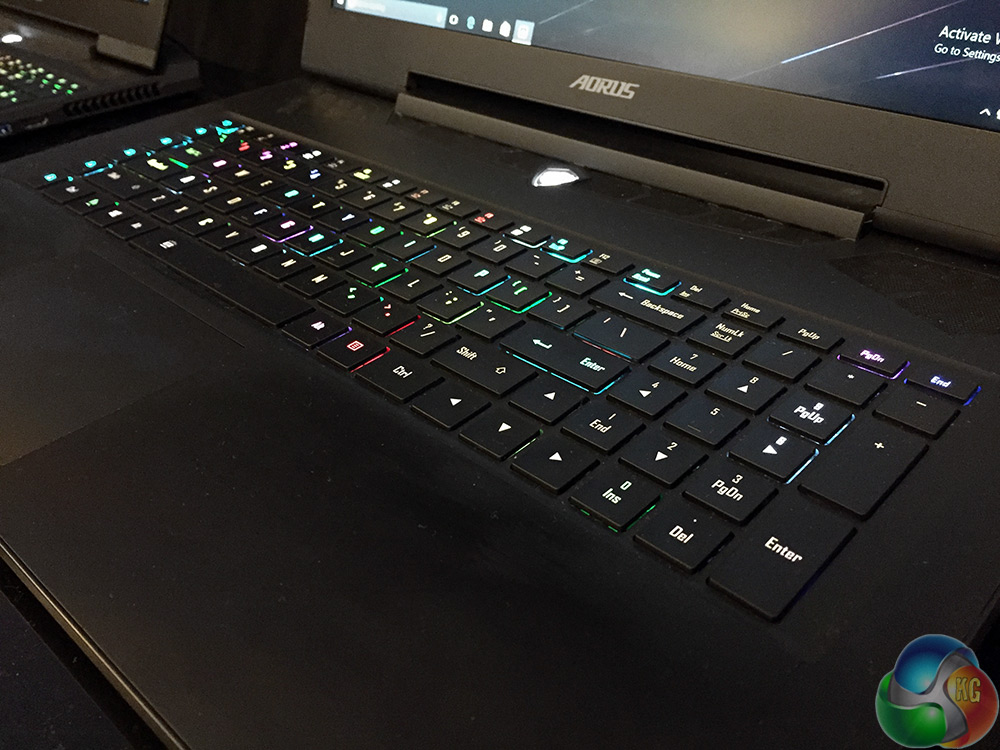 Their lighting is rather pretty too

The Aorus systems don’t have the super-slim bezels or some of their more artistics counterparts, but these laptops aren’t aiming for awards in thinness and weight. They aren’t designed to be ultra portable, they’re designed to be powerful gaming systems.

The Aorus X5 for example, packs an all new, seventh generation Core i7-7820HK CPU overclocked to 3.9GHz and pairs it up with a GTX 1070. That helps power the 15.6 inch, 4K display featuring G-Sync technology to avoid screen tearing. It can also have up to 64GB of DDR4 memory and has a bundle of high-speed, M.2 storage. 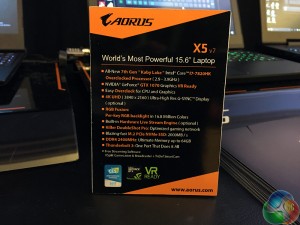 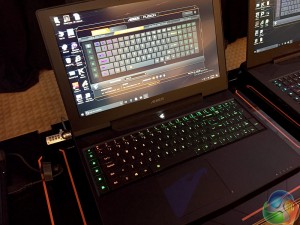 Set to become available in March later this year, the Aorus X5 will start at £1,600 and go from there.

Its bigger brothers however are even more impressive. The X7 and X7 DT bump things up to a 17.3 inch 4K display, which also supports up to 120Hz refresh rate and is backed by a choice of GTX 1070 or GTX 1080, for ultimate performance. Other specifications are almost identical to the smaller version however. 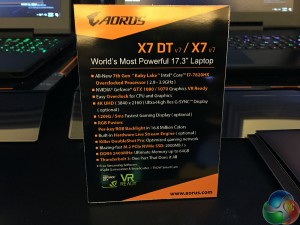 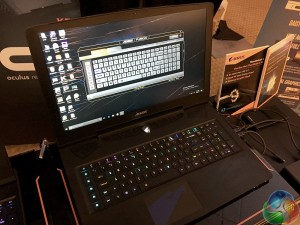 Availability begins in March, with prices starting at £1,700. 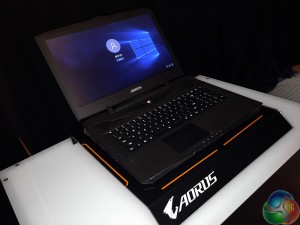 The final version of the newly updated Aorus range will be the X9 and will debut at some point after Computex later this year. It’s expected to have SLI linked GTX 1080 Tis, potentially making it the most powerful gaming laptop in the world when it shows up.

KitGuru Says: What do you guys think of Gigabyte’s new Aorus line up? Does it tempt you into putting down a couple of grand for a fancy gaming notebook?