Acer has come out swinging today, showing off two new laptops, one being the first to measure in at less than 1cm thick, the other being a chunky gaming behemoth with a curved display. Two world firsts in one day, which is certainly impressive! 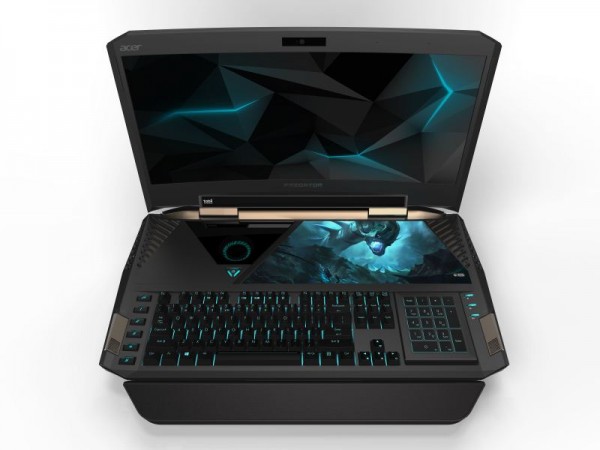 First up is the Acer Predator 21 X, as you may have guessed, this is the gaming laptop, featuring a 21-inch curved IPS display running at 2560×1080 resolution. The body of the laptop is a little reminiscent of the MSI GT80 Titan, which also featured a mechanical keyboard and a numpad that doubled as a trackpad. 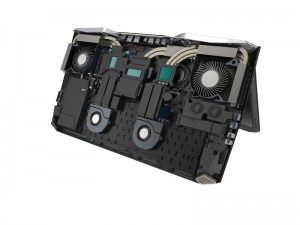 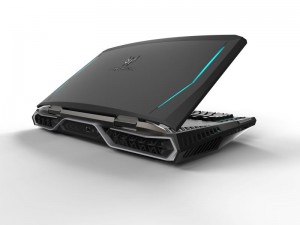 Under the hood you will find the latest and greatest in terms of both CPU and GPU, with an Intel Core i7 Kaby Lake CPU, along with dual GTX 1080s, making this one insanely powerful desktop replacement. Unfortunately for those of you with a lot of cash to burn, this won’t be available to buy until the first quarter of next year. An exact price wasn’t revealed but it’ll likely cost a few grand. 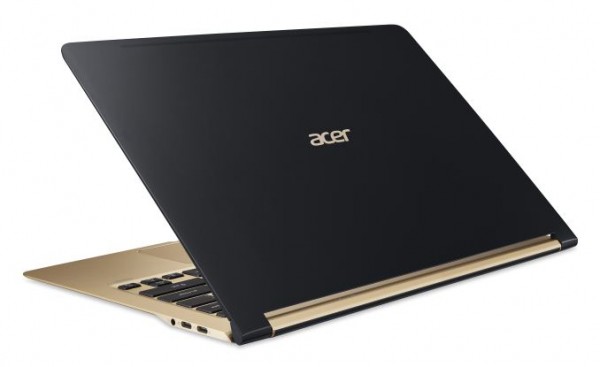 Next up is the Acer Swift 7, the new ‘thinnest laptop in the world’, measuring in at just under 1cm thick. It has a black and gold design, weighs in at just 1.1kg and can run on battery for around nine hours, making it a great choice for productivity on the go. The laptop also sports a 13.3 inch 1080p display, a Kaby Lake Intel Core i5 processor, a 256GB SSD and 8GB of RAM.

For inputs you can expect USB 3.1 as well as USB Type-C, so you are covered there. Unlike the Predator, the Swift 7 will be coming out this year, in October to be exact. This model will cost $1299, but there will be some lesser models available at cheaper price points.

KitGuru Says: As impressive as the Predator laptop is, particularly when it comes to graphical horsepower, I do wonder how many people would want a curved display on their laptop. The Acer Swift 7 on the other hand is something I would probably buy to replace my ageing Macbook, which is pushing five years old at this point. What do you guys think of Acer’s new laptops?