The Google Nexus 8 leaks just keep on coming, the tablet, which is reportedly being created by HTC, has leaked again- this time via the Korean version of the FCC. The tablet is being referred to as the HTC T1, Voltanis and even the 0P8210000.

According to GforGames, the HTC 0P8210000 has appeared on the RRA database. The listing doesn’t provide us with much in the form of additional information but it does confirm that HTC is due to bring out a tablet at some point this year. 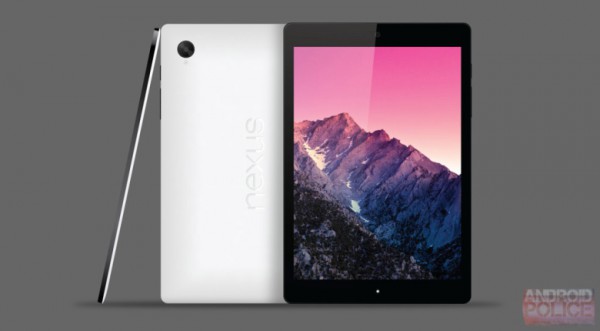 This is an old mockup of a possible Nexus 8 design obtained by Android Police.

Since EVLeaks has retired, we need to look elsewhere for additional news and we may have found just the person. Twitter account, UpLeaks is claiming that HTC’s tablet will release later this year with Android L and won’t run the Sense UI, further supporting rumors that it will be announced as the Nexus 8.

In addition, the Twitter account is claiming that it will run on an Nvidia Tegra 64-bit processor, 4GB of ram and include an 8MP camera.

Android L will be releasing later this year although the developer preview is already out and about. We will have to wait until October to see if HTC’s tablet will join the Nexus line alongside a new Nexus Smartphone.

KitGuru Says: From what we’ve heard so far, the Nexus 8 is shaping up to be a pretty great tablet. The only question remaining is, will this replace the Nexus 7 or the Nexus 10? We also don’t know if Google will ever return to having two differently sized tablets in its lineup.