More rumours point towards an 18-inch tablet from Samsung

It is no secret that Apple has been working on a fairly large 12-inch iPad Pro for some time now and it is currently expected to launch later this year to breathe new life in to the product line. However, it looks like Samsung might be looking to upstage Apple… with an even bigger tablet of its own.

Rumour has it that Samsung is working on a massive 18.4 inch tablet, according to SamMobile. The company’s oversized tablet is codenamed ‘Tahoe’, and apparently the current prototype houses a 1.6 GHz processor, 2GB of RAM, 32GB of internal storage and a 1080p display. 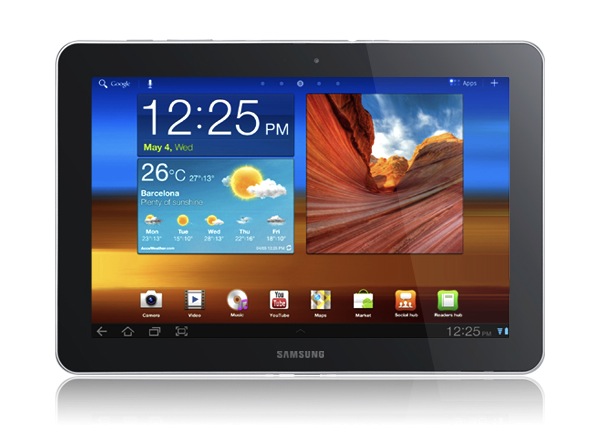 All of that is powering the Android 5.1 Lollipop operating system. If Samsung were to launch this larger tablet, we aren’t too sure who it would be marketed towards as it is potentially just a little too large for business/travel use and mainstream users just might not be interested in a tablet that size.

It is likely that such a tablet would be aimed towards professional use, though there is no way of knowing until we see more leaks, or Samsung makes an official announcement for the tablet. Either way, we will likely hear more following the launch of the iPad Pro later this year.

KitGuru Says: I’m not much of a tablet user myself but if I was going to get something with that large a screen, I’d probably just go ahead and invest in a laptop. Then again, from the sounds of it, Samsung’s new tablet is running some fairly low-end specs so it is possible that price will play a big factor. Do any of you use a tablet regularly? Would you consider using an 18-inch tablet?