Nvidia is bringing the Shield Tablet back in time for Christmas

Last year, Nvidia stepped in to the tablet arena with the Nvidia Shield, featuring a powerful Kepler based graphics chip, a 1080p display, along with some unique features. However, in recent months the tablet has been rather hard to find due to a recall that took place. Now, those issues have been cleared up, and the Nvidia Shield Tablet will be re-launching in time for Christmas, at its lowest ever price.

The Nvidia Shield Tablet is coming back, and will cost just £149.99 for the 16GB WiFi model. It doesn't look like the 32GB LTE version is returning at this point in time, though there is an SD card slot if you need more storage. 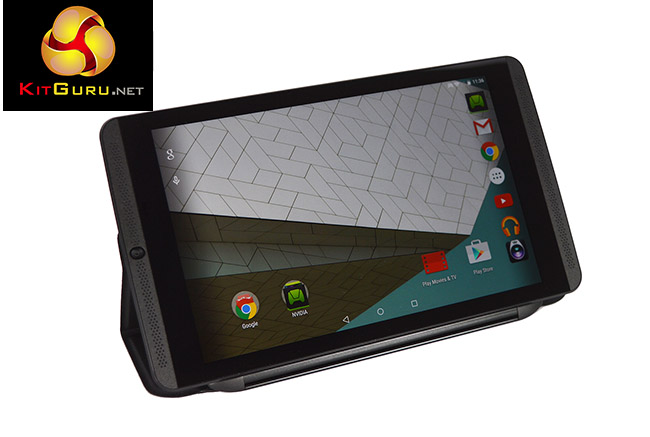 As was the case when the Shield first went on sale, you will need to purchase the controller separately for £49.99. There is also a smart cover available for £19.99. The whole bundle is available, HERE.

For those who have been thinking about getting a Shield tablet, it features a Tegra K1 processor, which features a 192-core Kepler GPU, a 2.2GHz quad-core CPU and 2GB of RAM. It also makes use of the ShadowPlay features you will find on Nvidia desktop GPUs, meaning you can record gameplay, stream to Twitch, or stream desktop games from your PC to your tablet. You will also be able to access GeForce Now, a subscription service that allows you to stream titles from the cloud. We managed to test it out back in January if you want to see how it performs.

KitGuru Says: Prices for the Nvidia Shield on the second-hand market were getting a little out of hand so its nice to see the tablet making a return for Christmas at such a low price point. Do any of you own an Nvidia Shield already? Would you still recommend it?