While 3D might be on its knees, praying for Avatar 2 and 3 to save its over-hyped butt, tomorrow’s world of 4K delight seems to be a single, inevitable step away. While the TVs can certainly be made available for less than £1,000, there’s still the question of content. Panasonic is doing its part.

When KitGuru brought you the story of Panasonic’s brand new DSLR that shoots 4K video at the start of the year, we had no idea what the street price was likely to be.

The team at Black Magic has an awesome 2.5K camera that retails around the £1,400 mark, with a 4K version rumoured to be coming along soon with a price tag closer to £3,000.

The Panasonic cameras is just about ready for the shelves and the price is, well, breath-taking.

if you can convert dollar prices to pound prices at the current exchange rate, then it should be on Amazon around the £1,000 level.

Sure, we live in rip-off Britain, so that won’t happen, but even if the price is a few hundred ponds more, it’s still creating a new class for next-generation videographers and film-makers.

According to Panasonic, the camera can capture a Hollywood style 24 frames a second when you have 4K defined as 4096×2160. That’s high enough for any nay-sayers to agree it is truly 4K.

.
KitGuru says:  Film makers who want a cheap solution which can shoot 4K video and decent photographic stills, will be checking out the Panasonic GH4. In the meantime, Canon and Nikon must be praying for bad reviews/a factory fire. System builders will be rubbing their hands together. 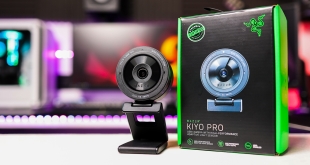