Creative has launched a USB DAC Amp for console gamers

Creative has added a new USB DAC Amp to its Sound Blaster range that is designed for console gamers and directly compatible with both the PS4 and Nintendo Switch, along with PC and MAC. Creative says its new Sound Blaster G3 offers a great balance of the Sound Blaster audio signature, with on-the-go customisation and handy gaming features at an affordable price tag.

The Sound Blaster G3 is equipped to exceed the audio requirements of today’s gamers with hi-definition 24-bit audio at 100db DNR and is able to drive studio-quality headphones of up to 300 ohms impedance. When used on PC or MAC, the Sound Blaster G3 can handle a 7.1 channel audio input and provide up to 7.1 channel surround sound virtualisation along with the fabled Sound Blaster Acoustic Engine. Audio controls are conveniently placed on the side of the G3, with power to the device supplied by USB-C, Creative has thrown in the USB-A adaptor for those without USB-C connectivity available.

Another important feature of the Sound Blaster G3 is the latest GameVoice Mix trait that makes in-game chat smooth and hassle-free, by allowing users to adjust game audio and chat volume with an integrated scroll wheel for the perfect gaming audio balance. Additionally, the G3 includes a customisable EQ, the Footsteps Enhancer helps users pinpoint an opponent’s location to gain an advantage in competitive multiplayer titles. Customisable EQ profiles are available for popular games such as Fortnite, Call of Duty: Infinite Warfare and Overwatch. 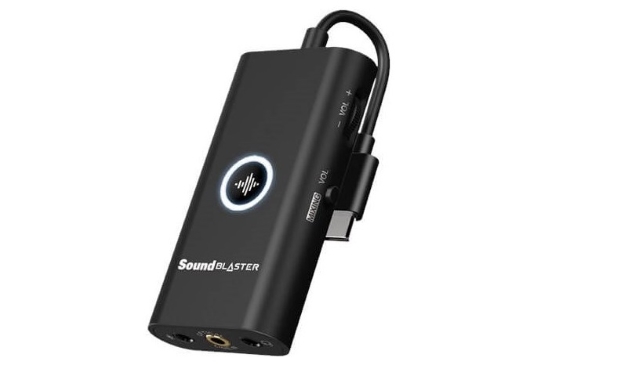 Adjusting audio on the Sound Blaster G3 is made simple for console gamers, Creative has provided a mobile app for on-the-fly controls that can be configured remotely. The Sound Blaster Command app is available on Android and iOS, the app pairs mobile phones to the G3 via Bluetooth for easy access to volume, mic controls and EQ settings. The Command app also provides a platform for future firmware updates to be installed.

The Creative Sound Blaster G3 will be available to purchase soon from the official Sound Blaster online store, with a price tag of $79.

KitGuru says: For hardcore competitive console gamers, anything that can provide even the slightest advantage over opponents is a must-have. Do you guys think the features in the Sound Blaster G3 will help improve your game?

GELID has announced a new line of memory module heatsinks with RGB lighting effects. The …