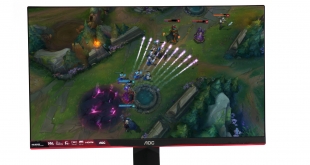 Curved screens may be gaining traction, but there's still plenty of reasons why you might want to opt for a more traditional flat monitor. Price is just the beginning, since curvature adds a premium. Panel type is another, because most curved screens use VA technology rather than IPS or TN, due to the fact that the latter are harder to bend while maintaining image quality. So there's lots of life left in a standard 24in flat screen, particularly one like the AOC 24G2U that offers solid gaming abilities for a decent price.

The AOC 24G2U, or 24G2W1G4 as our particular specimen is also called, looks promising on paper. Aside from the 24in diagonal (actually 23.8in, but what's 0.2in between friends), this monitor uses high-end IPS panel technology, which promises great accuracy. It does have a downside over TN of only offering a 4ms grey-to-grey response, but AOC also quotes the MPRT response of 1ms (this is a different way of measuring response that makes VA and IPS panels look better).

Other specifications are typical for IPS, with a 1,000:1 contrast and 250cd/m2 maximum brightness. But more important for gamers is the support for 144Hz refresh and AMD FreeSync 2 adaptive sync technology. This screen isn't yet on NVIDIA's official G-Sync Compatible list yet, but it's only just been released and lots of other AOC FreeSync screens are, so we'd hope this will be ratified too. 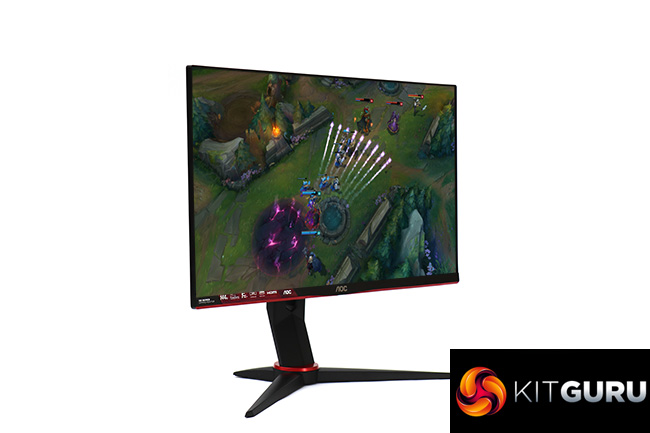 This is a nice-looking screen for a gaming audience, and it has plenty of adjustment to achieve a comfortable position, including swivel, tilt, and raising up and down. It's even possible to rotate the screen into portrait mode. Video connectivity is well catered for, with two HDMI connections, DisplayPort, and even VGA for legacy attachment, although no USB-C. There's a four-port USB 3.0 hub, analog audio input and output, plus stereo 2W speakers (although gamers will most probably be using headphones).

With a street price of £180, this isn't a budget 24in screen, but it's not hideously expensive either. If you're looking for an affordable but fully featured quality gaming screen, the AOC 24G2U could be a contender. Read on to find out if it is, or if it deserves to be knocked out of your list.