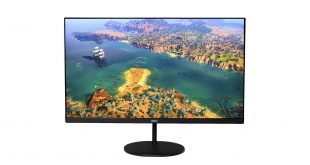 The price of 4K monitors has been steadily falling, and now the resolution has arrived as a mainstream business proposition. The AOC U27V4EA is another business-focused 4K screen like the Philips 288E2UAE that can be purchased for under £300, yet comes with a high-quality IPS panel and a bezel so thin AOC calls it “frameless”. Is this an affordable way to add more pixels to your everyday work desktop?

The U27V4EA is a 27in screen with a 3,840 x 2,160 resolution. Its IPS panel comes with the usual 4ms grey-to-grey pixel response of this technology. AOC doesn’t state either the typical brightness or contrast, but for IPS this is usually around 300cd/m2 and 1,000:1 respectively. The screen supports up to a 75Hz scan frequency, but only 60Hz at the native resolution. This monitor does support adaptive sync, but AOC doesn’t even specify which version, although NVIDIA G-Sync Compatibility is explicitly not included. Presumably this is AMD FreeSync, but this screen isn’t aimed at gaming, except when your boss isn’t looking. 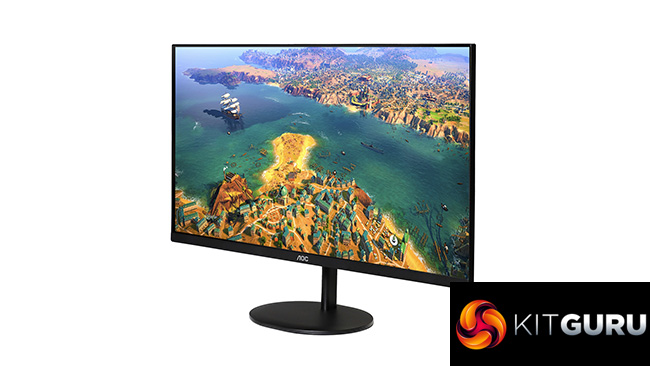 Ergonomic adjustments are few and far between, with just tilting available, although the round base makes rotating the whole screen reasonably easy. The range of video inputs is decent, including two HDMI and a single DisplayPort. There are built-in stereo 2W speakers and an analog headphone jack, but no USB hub. It’s clear that this monitor is meant for business, but does it mean business? Let’s find out.