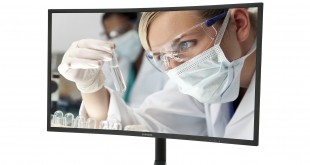 Received wisdom has it that gamers will sacrifice quality for frame rates. But what if you could have both? Samsung’s research has found that 48 per cent of gamers place image quality above other factors, and this was their most important consideration when buying a new monitor. So Samsung took this to heart for its latest CHG70 range. The native resolution is up from the previous generation, but more importantly, this is the first gaming monitor to support HDR.

Already, there’s quite a lot to talk about with the C32HG70, and its general display specification bodes well too. The panel type is VA, and Samsung doesn’t quote the grey-to-grey response time, which isn’t that impressive for VA. Instead, as with the C24FG70, the Moving Picture Response Time (MPRT) is quoted, and that’s a more game-friendly 1ms. As with most VA panels, the maximum contrast is a healthy 3,000:1, and brightness 350cd/m2 in SDR, but brightness is a much higher 600cd/m2 in HDR. Samsung’s website states the screen can display 125 per cent sRGB (which we don’t have the equipment to test) and typical 92 per cent Adobe RGB (which we do). 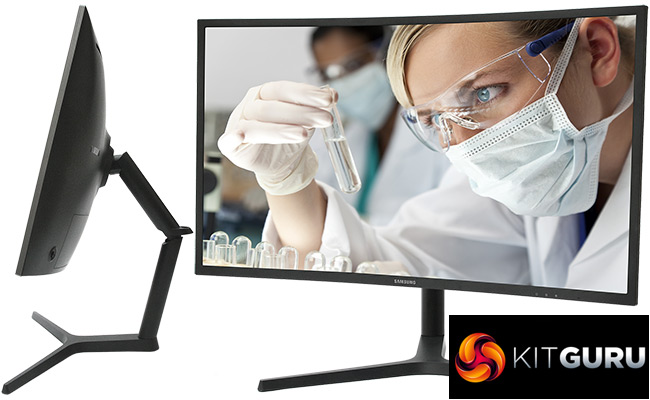 The curvature is 1800R, which is better than many screens, and Samsung has further developed the almost prehensile arm of the C24FG70. The angling abilities are just about the same, but it’s a little easier to use.

Not to be caught out on the small details, Samsung includes two HDMI ports and a single DisplayPort connection, plus a two-port USB 3.0 hub. Even the £680 price is not hideous for such a large screen and this feature set. But HDR is the headline act, so let’s find out if the C32HG70 can take gaming to a new level of quality.

Previous The Steam Autumn Sale has some excellent deals
Next Marvel Heroes may shut down tomorrow, all studio employees have been let go