To test the Isku Force, I used it as my daily driver for over a week. During this time, I used it while playing games, typing reviews and performing other general tasks.

First, let’s take a look at the options you get from using Roccat’s Swarm software. 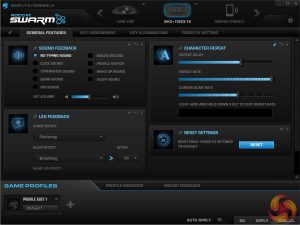 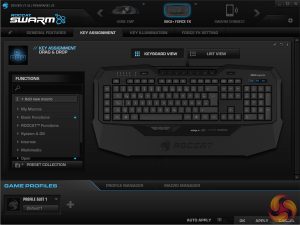 Swarm is broken-up into four main tabs. The first gives you control over some basic settings, like repeat rate, while you can also decide if you want ‘sound feedback’, which actually plays sounds through your speakers. For example, you can make the Isku Force sound like a typewriter.

The next page is for key assignment, and there are a lot of options here as there are so many configurable buttons. Every key can be re-assigned, while all the dedicated macro buttons are obviously just waiting to be given a function. 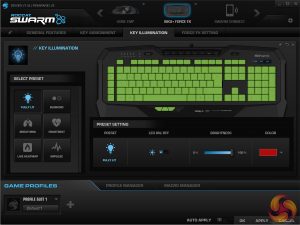 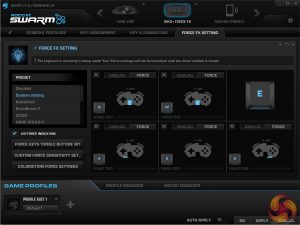 Next, we have the lighting tab. Here you can configure the RGB lighting, choosing from a number of different effects. It’s not quite as advanced as Corsair CUE in-terms of customisation options but the main bases are covered.

The last page is most interesting as it is here that users can configure the analog nature of the keyboard – what Roccat calls the Force FX technology. There are a number of different presets to choose from here, depending on the games you play or your type of style, while you can even create your own analog profile. I will talk about using the analog keys below, but in-terms of software, everything is covered.

Before moving on to the physical testing of the keyboard, let’s look at the RGB lighting. 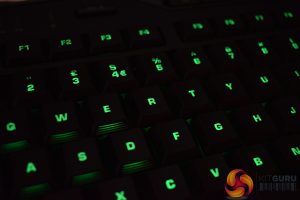 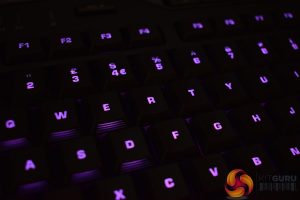 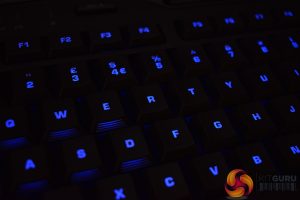 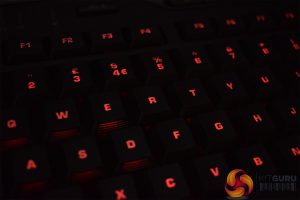 In my experience, the RGB lighting is pretty good. Most of the colours are vibrant and punchy, but there are just a few lighter colours, like light blues and pinks, that get ‘lost’. However, the overall effect is still positive and it is always good to have RGB functionality.

Now, let’s talk about the keyboard itself. Because the Isku Force’s main feature is the inclusion of analog keys, I’ll start with that.

First, for those wondering, analog keys on a keyboard are designed to eliminate the ‘binary’ nature of key presses. What I mean is, when you press a key down, either the key is actuating, or it isn’t – there is no in-between. A key press is registered and acted upon, or the key isn’t pressed at all. With analog keys, however, the keys respond to the force or pressure that you are exerting.

The Isku Force uses 6 analog keys – QWEASD, as these are the keys gamers use most often. Roccat has also implemented two different modes which make use of these analog keys in different ways.

The first they call ‘smooth steps’, and this perhaps the more ‘raw’ mode, as keys simply respond to how much pressure you put on them. For example, I was playing some Ghost Recon: Wildlands, and configured the A and D keys to use the smooth steps mode. As such, when driving, I could make the slightest of adjustments to my steering by using very light pressure on the keys. For break-neck swerves, I simply pressed down hard.

The other mode lets users assign up to 3 functions to each of the QWEASD keys – depending on the pressure you exert, different actions will execute. For example, I programmed my W key to use 3 different functions for FPS gaming. When I pressed the W key very lightly, I programmed the keyboard to execute Ctrl+W – meaning I was crouched and walking forward slowly in-game. Putting middling pressure on the key I left to function as normal (so my character just walked forward). Bottoming-out the W key with a lot of force executed Shift+W, so I was sprinting forward.

Essentially, I could use a single key to control all of my player movements – be it creeping forward slowly, walking or sprinting full-pelt. This Force FX functionality is really cool and I would go as far to say that it is the future of keyboard gaming.

However, the Isku Force does have one major drawback that prevents me from recommending it out-right to all gamers – it is still a membrane keyboard. This means you still get that slightly ‘mushy’ feeling while typing, while those used to MX Red switches will likely miss the non-tactile, linear action those switches provide.

In short, we all know that membrane keyboards just don’t cut it when you’ve been using Cherry mechanical switches for the past few years. This does make the Isku Force a tougher sell, however the analog functionality will likely appeal to many gamers anyway.

Before moving on, it is also worth mentioning that the Isku Force has plenty of options for macro-mapping. There are obviously the 5 dedicated macro keys on the left of the board, as well as three thumbster buttons just above the wrist-rest area. However, the Isku Force also features Roccat’s Easy-Shift[+] technology which essentially doubles the amount of functions you can map to the keyboard.

It works by using the Easy-Shift[+] button as a modifier, so pressing the modifier in tandem with other keys allows for extra functions to be executed. It is a simple idea but it works really well, and it really opens up a lot of extra space for macros – something MOBA gamers will definitely appreciate.