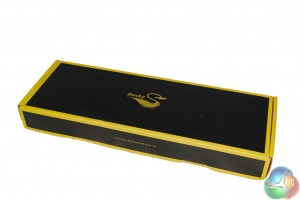 The Ducky Shine 3 DK-9008 Tuhaojin Gold ships in a heavy box with the Ducky logo visible from the front. The edges of the box are gold, to match the product name. 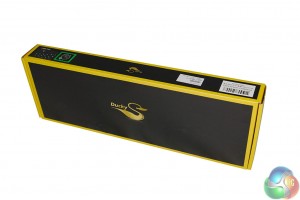 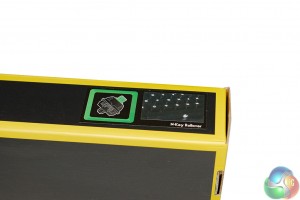 Ducky make their keyboards to support a wide range of MX switch styles. The company are using MX Green switches in our review sample – as shown by the sticker on the side of the box above. 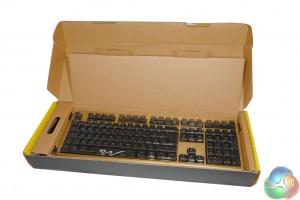 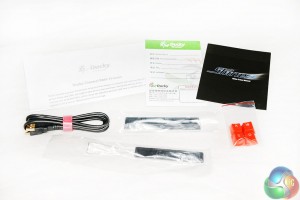 Inside, the keyboard is well protected, underneath a clear, tough plastic shroud. There are plenty of accessories in the box, including an additional space bar, replaceable WASD red key covers for gamers, a detachable USB cable, and literature on the product. 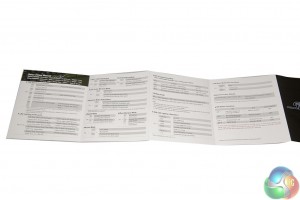 Ducky include some literature explaining the fuctionality of the keyboard – it is certainly worth a read as you are unlikely to work these out on your own. 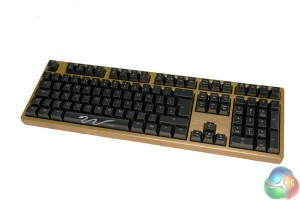 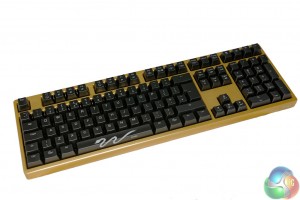 The first thing I noticed, was the weight of the keyboard. It is reassuringly heavy and beautifully finished with painted gold over the aluminum chassis underneath. The DK 9008 measures 442 mm x 140 mm x 41.5 mm (LxWxH) and weighs 1.4kg.

The polling rate is set by default to 1000hz. 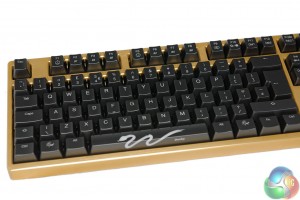 Inside Ducky say that they are using a Dual layer PCB for extra durability. Each of the key’s in individually lit by LEDS. 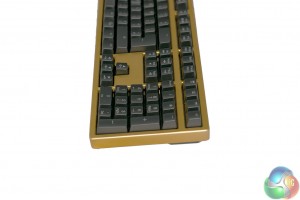 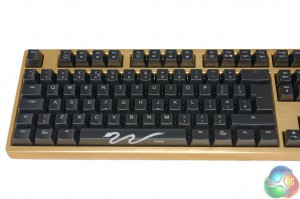 Each of the keys are UV coated with white LED’s which we will take a look at in more detail shortly. The keycaps are engraved with a double layer laser print for extra durability. The board supports Keys N-Key rollover. 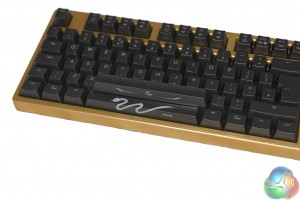 If you don’t like the new ‘snake style’ space bar then you can swap it out for a more traditional looking spacebar – shown in the image above. 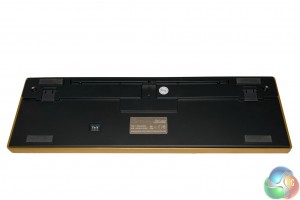 Ducky have included feet underneath to adjust the height, as well as cable routing lanes at the rear. 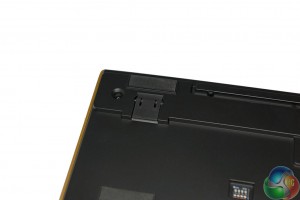 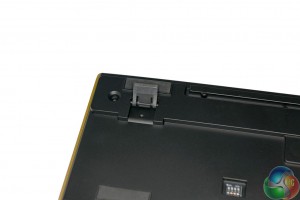 Two little feet can be raised at the back, on either side – to change the angle. I found I didn’t need these due to the depth of the keys, but the option is there, if you like a higher level typing angle. 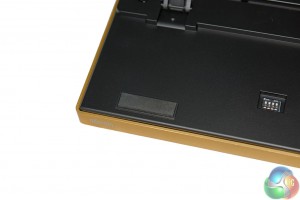 Little touches such as two anti slip pads at the front are a good indication that no detail has been left unturned. 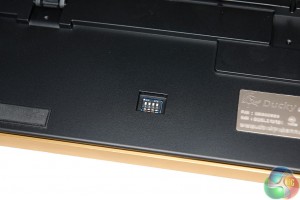 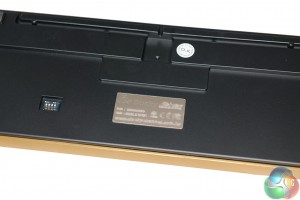 Under the keyboard are a little series of DIP switches. These let you adjust Windows Key Lockout, Control and Capslock key swap, Windows Key and Alt swap and DEMO mode. 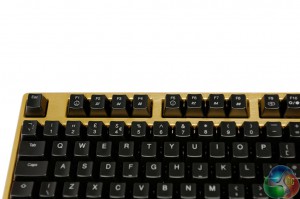 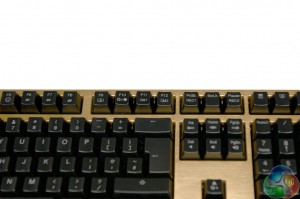 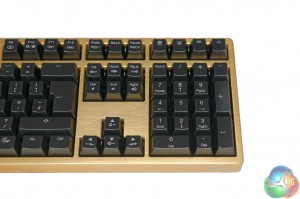 Along the top of the keyboard are a series of function keys, some of which also double up with the FN key to change lighting effects and brightness levels. There are media keys along the right section to quickly access email etc.

We also tested this keyboard on an Apple Macintosh Tower from 2013 with dual Xeon’s and it worked perfectly.