Project Oriolus – what is it?

Two students from Ajdovscina, Slovenia will be starting a project in January called Oriolus on IndieGoGo.

As you'll see in our video this is a fun USB gadget for the PC enthusiast that reports CPU and RAM usage with a pair of traditional dial gauges. Sebastjan Vuga (one of the two students) tells us that manufacturing will start as soon as they get enough interest on IndieGoGo and that sales will begin as soon as the first dozen items is made and properly tested.

Watch the video via our VIMEO channel below or over on YOUTUBE HERE. 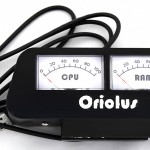 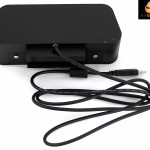 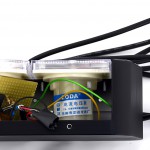 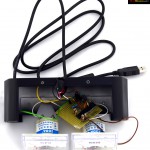 The idea is that they will launch their IndieGoGo campaign mid-late January, that manufacturing will begin some time in February and people should have their Oriolus-es around late March or early April.

The unit you see in the video and photos is the Standard version that will cost €45 or £35 while the naked version (minus housing) will cost €30 or £20 and is intended for modders who refer to build their own.

If Oriolus there are some upgrades in the pipeline

Other upgrades will come as they see what people like/don't like on the forums.

KitGuru says: As you can see from our photos inside the casing this is very much a work in progress but nonetheless it is an interesting gadget and something that is out of the ordinary.