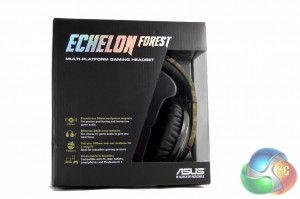 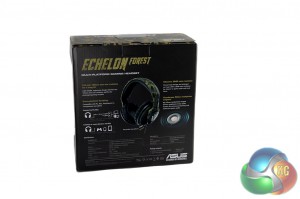 The back of the box gives a closer look at the product itself and shows how the headset connects to different devices, such as tablets, the PlayStation 4 as well as the PC. 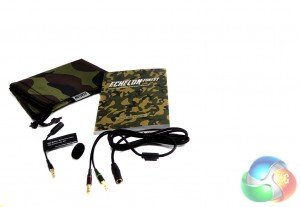 In the box you will find a bundle of accessories, including a braided splitter cable to separate the audio and microphone, an adapter for older smartphones and a carry bag for the headset- which will be good for those who frequent LAN events. As you can see, Asus has packed in plenty of value here. 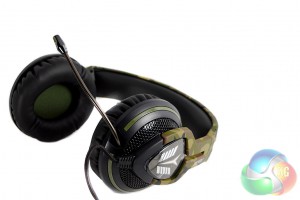 The headset itself looks and feels quite premium, although the military theme won’t be for everyone. The retractable microphone extends far enough to position well and is sturdy enough to stay in place without sagging. 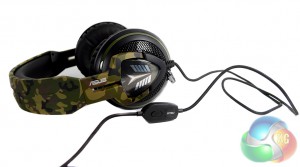 The in-line controls feature a microphone mute switch and a volume wheel on the top. Personally, I prefer volume buttons to a wheel but it isn’t a big deal. 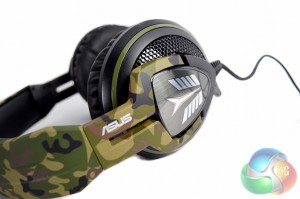 The emblems on the side of the ear cups have a brushed metal finish, creating an appealing and premium look.

First impressions upon putting the headset on are positive. The padding found inside of the ear cups and headband is quite firm but still comfortable to wear. This headset is primarily made of plastic but it doesn’t feel cheap, everything feels sturdy and well built.

Now let’s find out how the headset performs…