Corsair has been making some huge business moves over the last few years, starting off with a new company acquiring a majority stake for $525 million back in 2017. Since then, Corsair has gone on to acquire system builder ‘ORIGIN PC‘ and streaming hardware maker ‘Elgato‘. Now, Corsair is also acquiring SCUF Gaming, one of the biggest custom-gamepad makers around.

Corsair is expanding its position in the gaming peripheral market by agreeing to acquire SCUF Gaming. For those who don’t know, SCUF specialises in controllers for consoles and PC, offering custom designs, layouts and other tweaks over the standard Xbox and PlayStation controllers, adding new features or improving performance. Some popular current ranges include the SCUF Impact, SCUF Prestige and SCUF Elite. 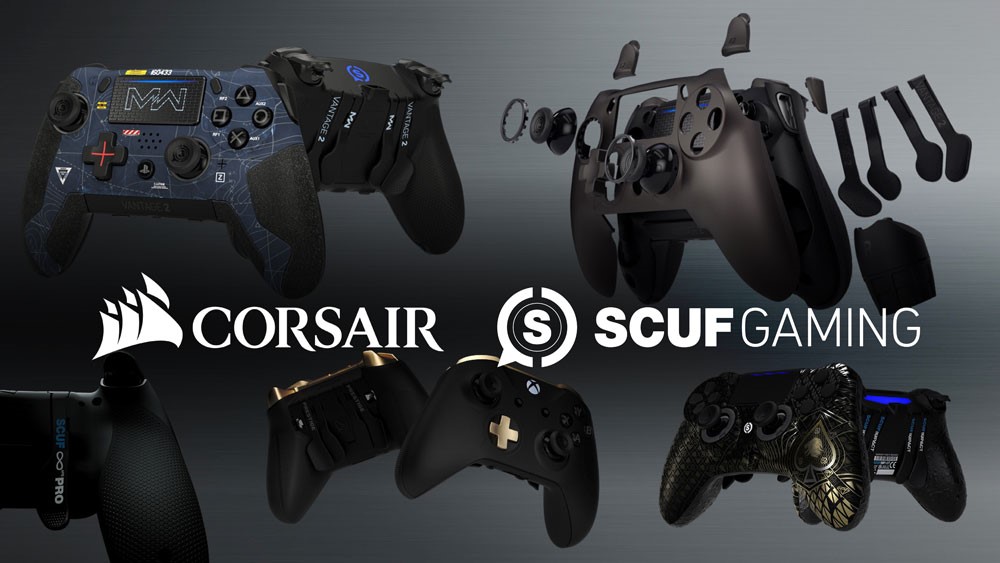 SCUF Gaming has been around since 2011 and is recognised as one of the best custom gamepad makers on the market, particularly in esports circles. Currently, SCUF is a licensed partner for Call of Duty, the NBA 2K League and eMLS.

SCUF Gaming will continue to be an independent brand within the Corsair family. We don’t know how much money is being exchanged as part of this acquisition deal, but the transaction is expected to complete before the end of this year.

KitGuru Says: Have many of you used a SCUF Gaming controller before? What do you think of Corsair stepping in and acquiring the company?