Japan Display said this week that it had developed the world's first 10.1″ liquid crystal display (LCD) module with an ultra-high-defition resolution of 3840*2160 pixels (4K) for future tablets. The company said that it had already begun to ship samples to interested parties. It will likely take at least a year before such display enters mass production.

JDI developed a 12.1″ 4K LCD module (with 365ppi pixel density) last year and presented it at the FPD international 2013 trade-show. The new 10.1-inch product is an LCD module with even higher pixel density (438ppi) that is more suitable for media tablets. The new display module has 1100:1 contrast ratio, 160-degree viewing angles and 400cd/m2 typical surface luminance.

The new 10.1” UHD display relies on the low-temperature poly silicon (LTPS) technology that has long been cultivated by JDI, to provide low power consumption, low profile and narrow dead-band features. According to JDI, the display module consumes 2180mW (1800mW for backlight and 380mW for panel), which is in-line with 10.1” WQXGA (2560*1600) LCD module based on the amorphous silicon technology. 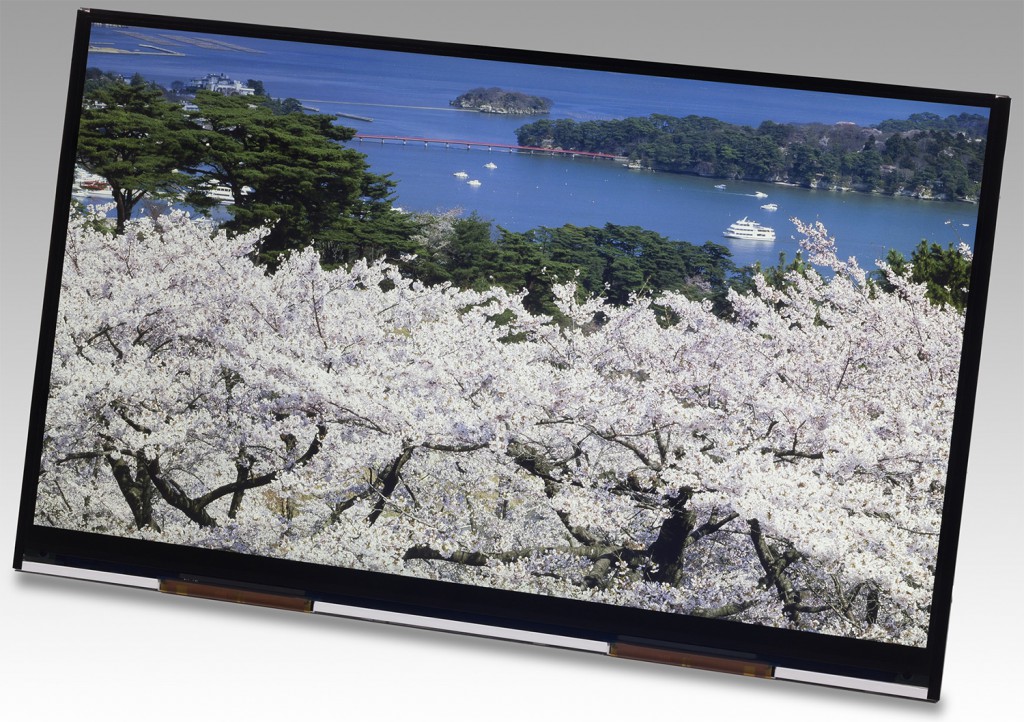 The UHD resolutions like 3840*2160 will become a de-facto standards for next-generation TVs several years from now. Unfortunately, adoption of such TVs will be slowed down by scarce availability of content in ultra-high-definition, but the standard will clearly be there. As a result, many people will eventually demand 4K displays for their notebooks and tablets.

“The introduction of this product will open the way for high-reality immersive expressions of photos, video content and game content for tablets,” a statement from JDI reads. “JDI will be pioneering the commercialization of 4K2K display modules for mobile devices as next-generation flagship models.”

While 4K display for tablets sounds like an exciting thing, it should be noted that it will require a graphics processing unit that could render images on it at a high frame-rate and at low power consumption (i.e., a new breed of application processors will be required), high-bandwidth mobile memory (i.e. LPDDR4, DRAM with Wide-IO interface, etc.), high-bandwidth networks that support streaming of UHD video and software that support 3840*2160 resolution properly. Once everything of the aforementioned is in place, expect 4K tablets in a store near you.

KitGuru Says: While we will likely see 4K tablets sometimes next year, they will be more like proof-of-concepts, not mass products. Google and LG launched their Nexus 10.1 tablet with 2560*1600 screen resolution in late 2012, yet, it has not become as popular as three generations of Apple iPad (3, 4, Air) with retina display and lower 2048*1536 resolution. Moreover, companies like Apple need extremely high-volume supply of key components like displays, which is why screens for iPads are produced by multiple makers. If JDI wants to make its 4K LTPS display a mass solution, it will have to license its technologies to third parties and they will have to be able to produce such panels with sufficient yields…

Previous Nike: relationship with Apple will continue, we will focus on software
Next Fragging with the Infinity Vesuvius is the game of kings