The XG270 is another monitor from ViewSonic's XG range featuring a 27-inch IPS panel and 1ms (GTG) response time. However, the XG270 has a 1080p resolution and 240Hz refresh rate instead, in addition to AMD FreeSync support. 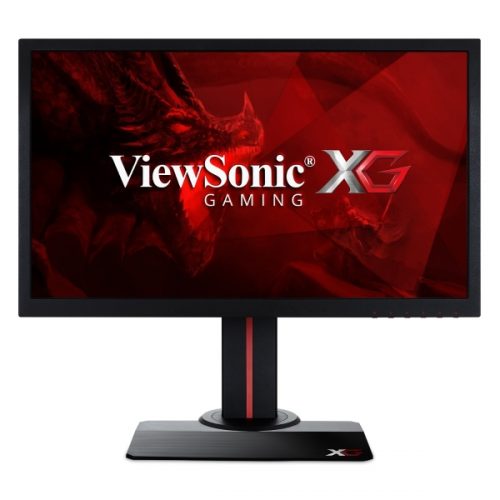 Next on the list is the ViewSonic ELITE XG270QC, which is another 27-inch, 1440p FreeSync monitor. However, this time, the display features a 1500R curve, a native 165Hz refresh rate and 3ms GTG response time. It also has 550 cd/m2 luminance and support for 90% coverage of the DCI-P3 colour gamut.

The XG05 series being launched alongside the ELITE models offers a 24-inch XG2405 and 27-inch XG2705. These monitors will provide a good balance between gaming performance and affordability, featuring 1920×1080 resolution, 144Hz refresh rate, a 1ms response time and AMD FreeSync.

Finally, ViewSonic is also releasing the ELITE Ally, a USB touch screen peripheral that enables the user to quickly access on-screen display settings, such as game modes, adaptive sync, colour settings, RGB lighting and more, without having to fiddle around for buttons on the monitor. ELITE Ally is only compatible with select ELITE monitors.

The XG270QG and XG270 gaming monitors will be available in November. However, pricing is yet to be confirmed.

KitGuru says: High refresh rate, adaptive sync monitors are widely available nowadays, so there is plenty of competition in the market. Are any of you currently shopping around for a new gaming monitor? What do you think of the new offerings from ViewSonic?