We performed the quality tests on the T2736MSC at its native 1,920 x 1,080 resolution in the default mode using the HDMI connection. Our test system was equipped with an AMD Radeon Vega Frontier Edition graphics card. 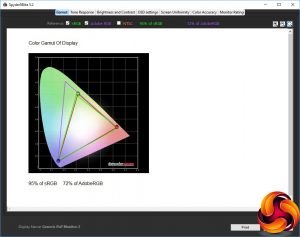 The gamut is decidedly mediocre, with just 95 per cent of sRGB and a meagre 72 per cent of AdobeRGB. We suspect that the touch-sensitive surface is holding it back. 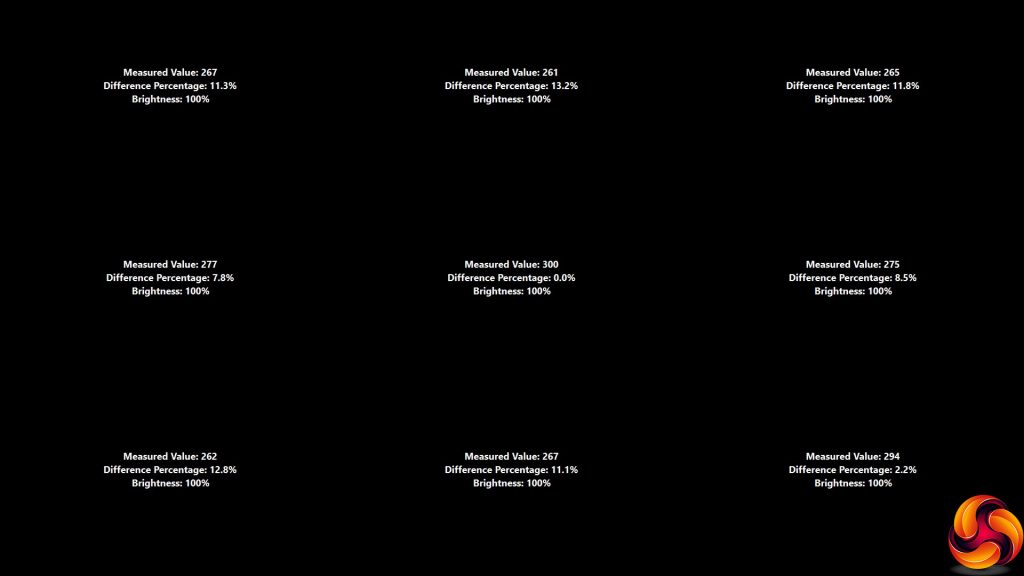 Brightness uniformity is also rather mediocre, with the top edge showing particular variation. 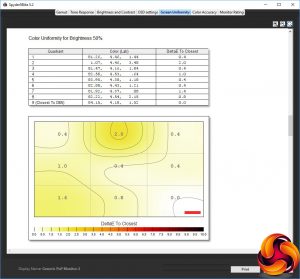 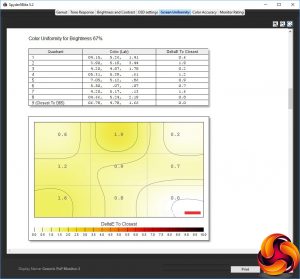 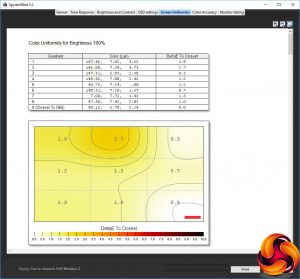 Colour uniformity, on the other hand, is excellent at all brightness levels. 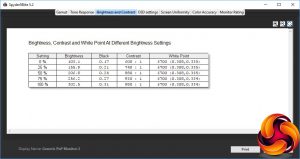 The T2736MSC delivers on its promise of 300cd/m2 brightness, achieving 302.5cd/m2 at the 100 per cent setting. The level drops quite uniformly to 103.1cd/m2 at zero brightness. Impressively, the white point remains at 6700K throughout, although the black point does increase with the brightness level. The contrast also goes up, hitting 980:1 at 100 per cent brightness. The Spyder tends to under-report contrast, so this is a very respectable result. 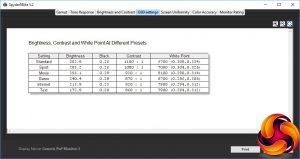 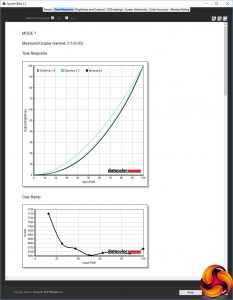 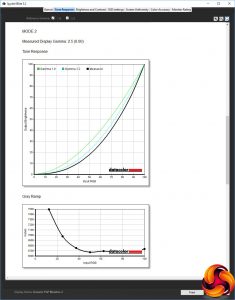 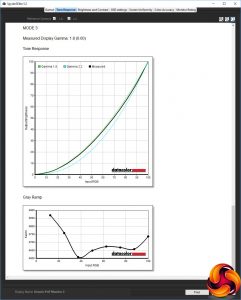 The default MODE 1 gamma setting equates to 2.3, which is around the value we would expect as it’s somewhere in the middle of the usual range. MODE 2 goes up to 2.5, and MODE 3 down to 1.8. So you do get a reasonable spread of options, but as always with Iiyama monitors we find it a bit strange that the sequential numbering doesn’t correspond to sequential values, and the spread is a bit random too. 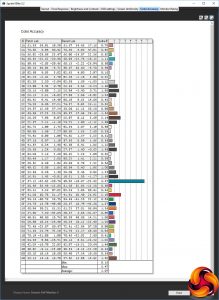 Colour accuracy is something you always expect in a professional monitor, and in this respect the T2736MSC really delivers, with a 1.07 average delta. This is near the top of the pack, and reassures that this panel is of commendable pedigree.

As always, though, we wondered if we could do even better via calibration, so we called upon the Spyder’s system to see if improvements could be made. 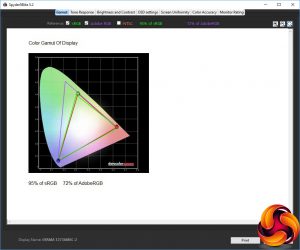 The gamut remains at the same mediocre level of 95 per cent sRGB and 72 per cent AdobeRGB. 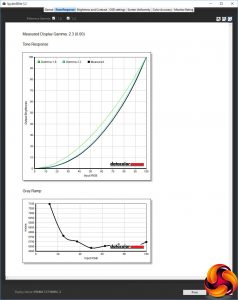 We only retested the MODE 1 gamma option, which also remained the same at 2.3. 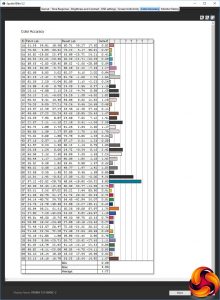 Colour accuracy has actually gotten a little worse, with a 1.22 average delta. That’s still a great value, but shows that the screen comes out of the factory about as well calibrated as it can be.

Overall, whilst there are some flaws in the performance, the accuracy and colour uniformity are excellent.

After testing and calibrating the screen, we tried a few professional tasks such as image editing with Photoshop. The touch capabilities support multiple points, so you can do things like rotate and resize windows. We found it responsive and easy to use. However, the relatively low resolution for the size make this monitor less optimal for content creation work that focuses on detail. It’s better suited to demonstrations and education.