Earlier this week, AGON by AOC was announced, a new brand for AOC’s gaming products, spanning monitors, peripherals and other accessories. Now, AOC is announcing the first AGON by AOC displays, starting with two massive 49-inch monitors with a super-wide 32:9 aspect ratio.

There are two monitors being relaunched for AGON by AOC this week – the 49” AG493UCX2 and the 49” AG493QCX. Both are gaming grade displays, although the former wins the spec crown with a faster refresh rate and higher resolution. The AGON AG493UCX2 is equipped with a super-wide 32:9 VA panel and borderless design with 1800R curvature. The panel promises 5120×1440 resolution, so the display should be equivalent to two 27″ QHD monitors side by side.

The AGON AG493UCX2 also promises a 165Hz refresh rate, DisplayHDR 400 certification and 1ms MPRT response time for optimal gaming performance all around. There is also an onboard KVM switch and a USB-C connection with charging capabilities, so you can hook up two systems to the monitor and control both with one set of peripherals, while the USB-C port can be used to charge a laptop or a phone. 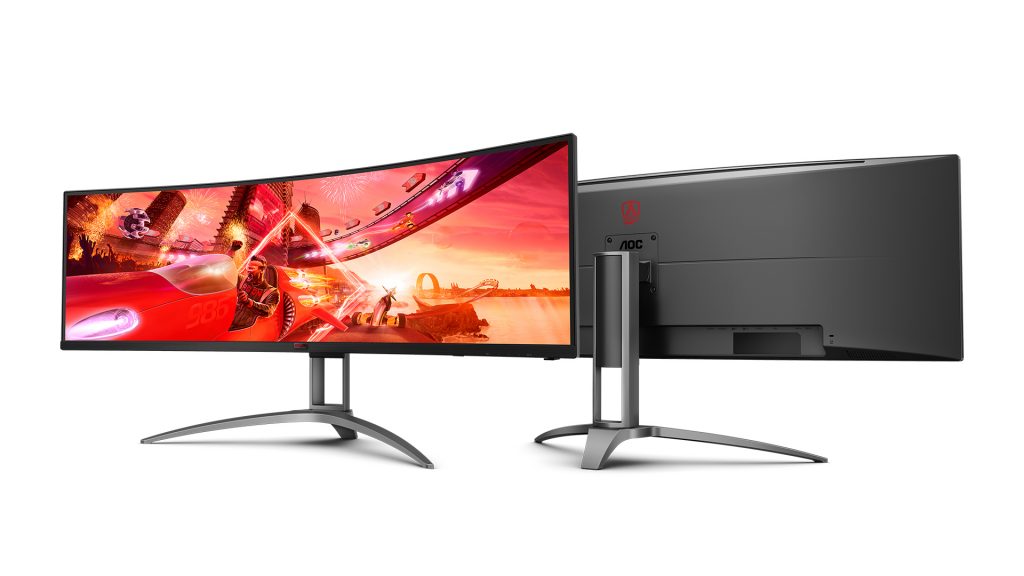 The AGON AG493QCX is a bit different, offering a 3840×1080 resolution across a 49″ VA panel – or roughly the equivalent of two 27″ 1080p displays side by side. This monitor still offers a 144Hz refresh rate, and 1ms MPRT response time, as well as DisplayHDR 400 certification.

Other features of the AGON AG493QCX include Adaptive-Sync, USB-C, 2x HDMI 2.0 and 2x DisplayPort 1.2 inputs and dual 5W internal speakers for built-in audio, as well as a 3-port USB hub.

KitGuru Says: Are any of you thinking about making the jump to a 32:9 display this year? Will you be keeping an eye out for AOC’s upcoming models?