We have seen a huge surge in the popularity of 21:9 ultra-wide PC monitors over the last couple of years. This popularity has also led to more and more ultra-wide monitors hitting the market, as monitor makers attempt to one-up each other. This week, Philips is hoping to win people over with its brand new 349X7FJEW 34-inch monitor, featuring a deep curve and 3440×1440 resolution.

The new 34-inch 349X7FJEW display is designed in an UltraWide 21:9 format, giving users plenty of room to multitask. This coupled with the 3440×1440 resolution should ensure a sharp image with plenty of room on-screen. With this being a premium monitor, the stand also comes with all of the adjustments you would expect, with tilt, height adjust and pivot. 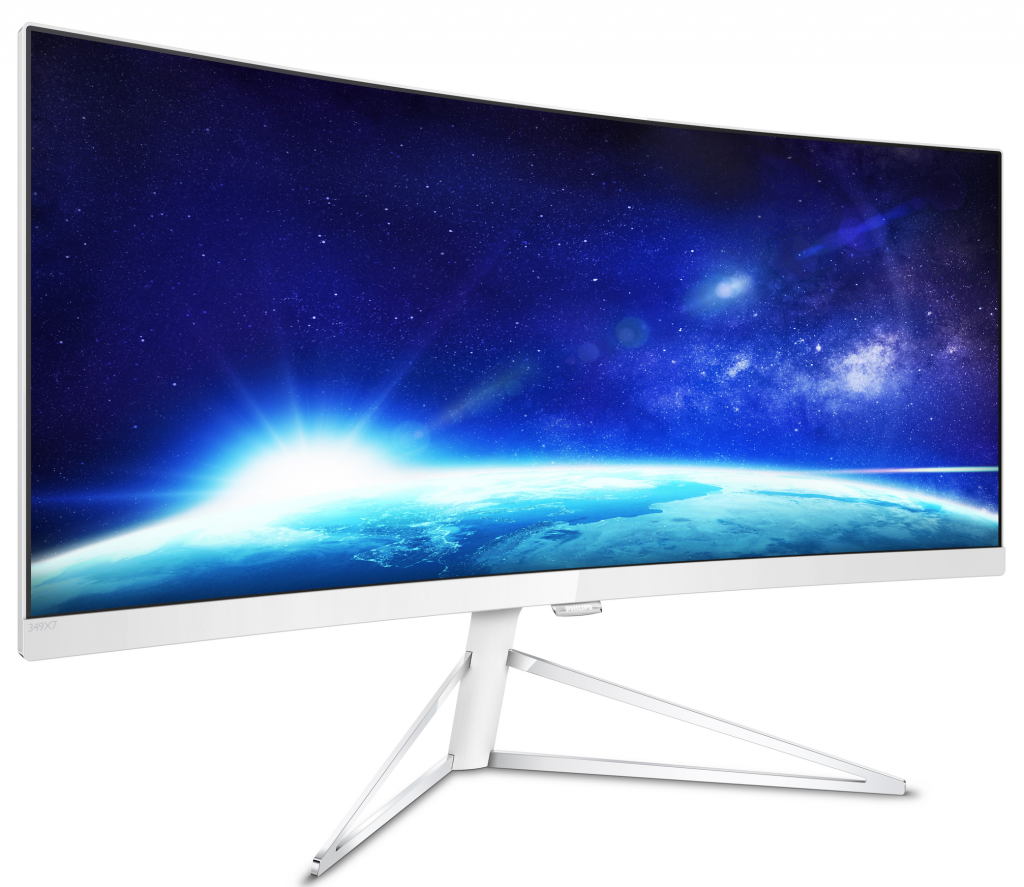 This monitor comes with an 1800R curve, which is a deeper curve than many other monitors. This is an approach that Philips appears to believe in, with Artem Khomenko, Philips product manager stating that the company aims “to bring the benefits of curved displays” to as many users as possible. The immersion effect seems to be a big selling point for this monitor in particular.

This particular monitor isn’t aimed at gamers, so don’t expect crazy high refresh rates (its a 60Hz VA panel). However, it is aimed at those using their PCs for work. One particular example would be video and photo editing, with support for 117 percent of the sRGB cooler gamut, this monitor should provide accurate colours and plenty of space to get things done.

Aside from that, this monitor also comes with a LowBlue setting, which should help reduce eye strain, There is also an integrated USB hub, so you have some extra ports to connect up other devices.

The only downside here is the price, with Philips pricing the 349X7FJEW at £759 here in the UK. These monitors should be available by the end of the month.

KitGuru Says: I’ve been thinking about picking up an ultra-wide monitor for a while now, though I’m having a hard time justifying the jump over my current dual-monitor setup. Are any of you planning on switching to an ultra-wide monitor this year? Is there a particular monitor you have your eye on?