If you are planning on making the jump to either Ryzen or Kaby Lake soon, then you may want to shop around for motherboard deals as Gigabyte announced today that it would be offering up to €60 in Steam Wallet codes for buyers of certain boards.

This promotion is running from the 11th of April until the 30th of June. There are some AMD X370 motherboards in the promotion and some Intel Z270 chipset boards too, so no matter which CPU you choose to go with, you should be able to get some free Steam games out of it. 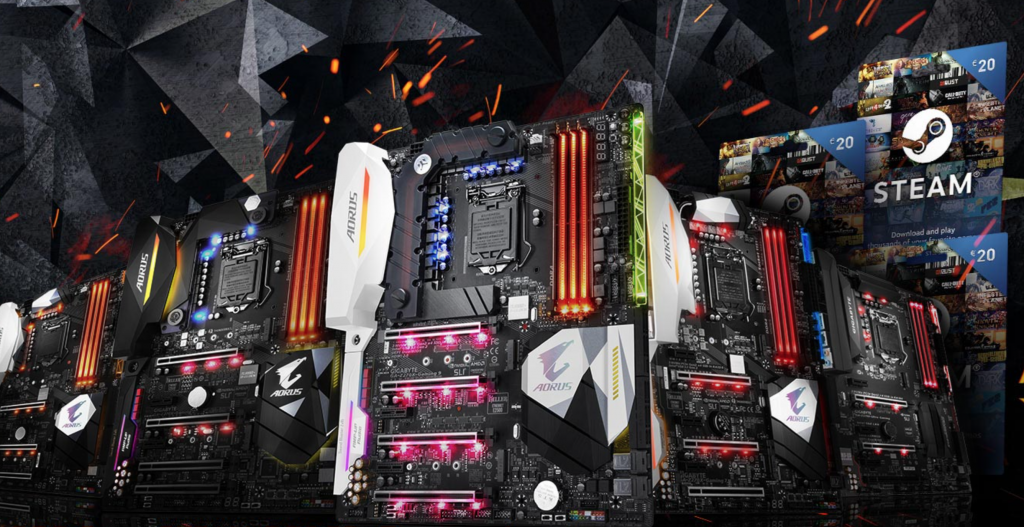 Those of you looking to upgrade to Ryzen will be eligible for a €20 Steam wallet code when buying an AX370-Gaming K7, Gaming 5, Gaming K5 or AB350 Gaming 3 motherboard.

To claim the code, you will need to register your purchase with Gigabyte. You can find details on all of that, HERE.

KitGuru Says: There are lots of cashback offers floating around at the moment, so if you’re in the market for a CPU/Motherboard upgrade, then it is worth shopping around. Are any of you guys planning on building a new system soon?