Though the launch of the PS4 Pro saw Sony embrace 4K screens, allowing for players to enjoy the benefits of higher resolution gaming, the console manufacturer failed to offer support to those who opted for a more modest screen upgrade – namely 1440p. It appears as though with the launch of the PlayStation 5, Sony will finally recognise 1440p displays so that those who do own displays with such a resolution don’t have to settle for a 1080p output.

In a post by the PC monitor manufacturer BenQ, the company explained some of the benefits that players can expect with PlayStation 5. Interestingly in the post, BenQ noted that “1440p will be supported by the PS5.” 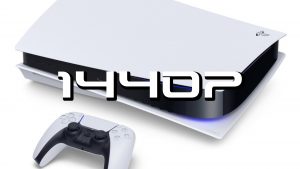 This is notable as until now, there has been no official confirmation that the console will support the resolution. With the launch of the PS4 Pro, Sony offered only two resolution options, 4K, or 1080p. This meant that even if a player owned a 1440p monitor, the console would only recognise it as being 1080p, meaning that many of the benefits to the console would be lost – even though a large number of PS4 Pro titles only ran at 1440p.

The Xbox One X offered support for this in-between resolution, as well as 1080p and 4K. With the popularity of 1440p displays, especially amongst those who game primarily on PC, the absence of support on the PS4 Pro was certainly unfortunate.

Though 4K is increasingly becoming the standard over time, it is welcoming nonetheless to see the PS5 finally offering support for 1440p displays.

KitGuru says: Are you glad to see Sony supporting 1440p displays? Did this lack of support bother you with the PS4 Pro? What resolution is your primary gaming display? Let us know down below.