Joysticks are a method of OSD control we see ever more frequently on monitors, and there’s a good reason for that: most of the time, this system is more accessible, ergonomically superior, and both easier and faster to use than buttons or [shudder] touch controls. So we’re happy to find a nicely responsive stick on the G3266HS-B1’s right side, which offers well-defined movements and a solid click when depressed. Unusually, what you will not find on this Iiyama is a power button or a direct way to turn the display off in the OSD, although there is a fairly unobtrusive white power LED (orange in stand-by) which cannot be switched off.

Nudging the joystick left brings up the input selection menu, where you can also disable automatic input switching. Pushing it right brings up the audio menu, where you’ll find volume control and, in a unique touch which we wish every monitor offered, the ability to switch audio source between line-in and DP. If you pull it down, it gives access to three separate ECO modes and finally moving it up does nothing, which we feel is a bit of a missed opportunity. 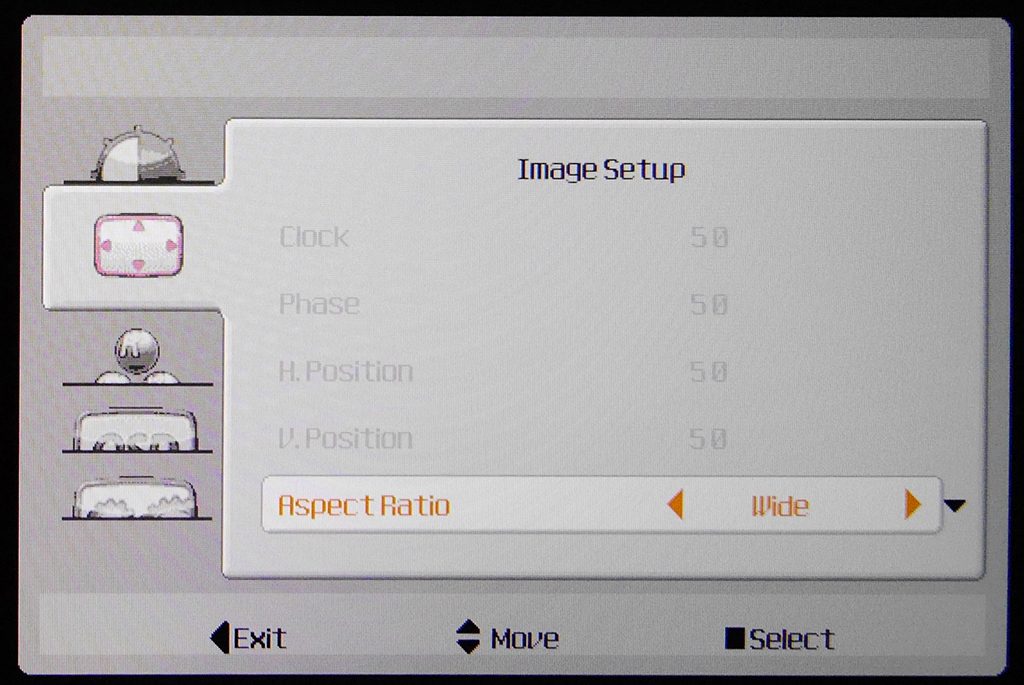 Depressing the G3266HS-B1’s joystick gives access to the main OSD, which is presented mostly in monochrome but, due in no small part to some garish colours it adds to the selected ‘tab’, looks quite frankly childish. It’s also childishly simple to navigate, which is as much a function of its limited options as it is clever control, and rather childishly organised.

Choices of where to place certain options seem quite bizarre. For example, the first menu on the main list is named Luminance, but in addition to the Contrast and Brightness settings one might expect, it also contains the Overdrive setting and something called “i-Style Color”. Ludicrous naming aside, i-Style Color is kind of like a preset that controls most of the other menus in the whole OSD, and greys out quite a few of them in most of its presets. Given its importance it seems odd to make it the third entry down, and it might have been the perfect candidate for the joystick’s ‘up’ shortcut. 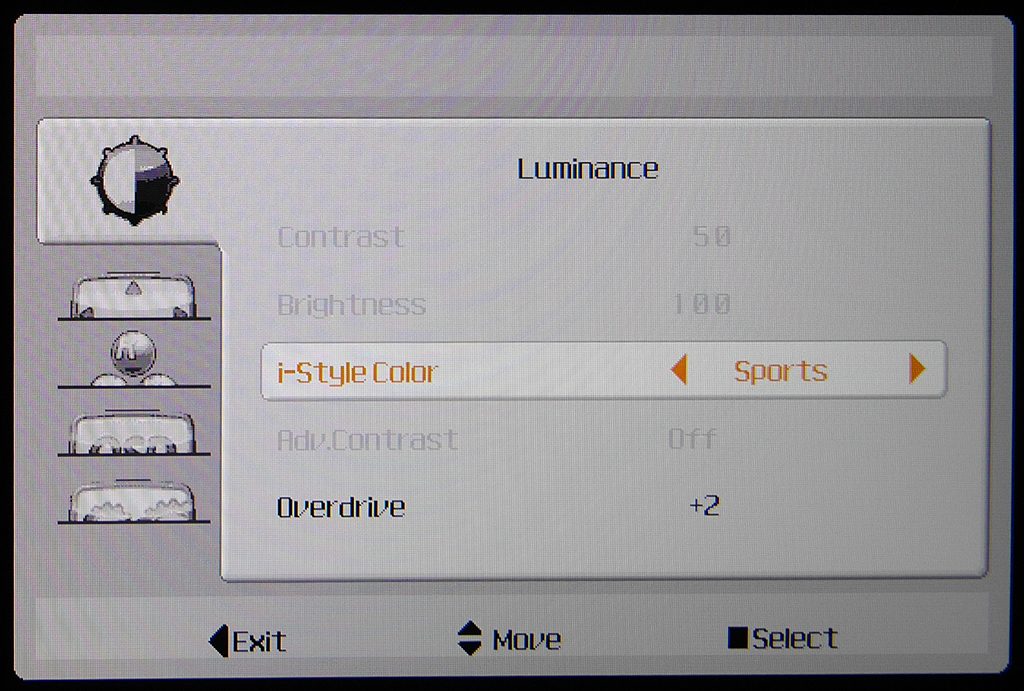 Anyway, from the selection of presets found under i-Style Color, Standard offers full customisation. This is followed by Text, which locks most settings including brightness at 50 percent – not a desirable ‘feature’ when editing text. At all. Next we have Internet, which unusually turns Overdrive to ‘-1’. Even more bizarre, where Movie and Sports turn the Overdrive up to +1 and +2 respectively, Game leaves it at zero. Someone at Iiyama is obviously not a gamer…

Getting to the next main tab on the OSD, Image Setup controls the display’s aspect ratio and… FreeSync. Again, not the most intuitive place to find it; under Overdrive on the previous tab would have made more sense. Next up on the tab list is Color Temp, which contains the usual presets like User, Cool, Normal, Warm and… sRGB. Interestingly, in our measurements using the sRGB setting actually lowered the sRGB coverage, so it might be best avoided. 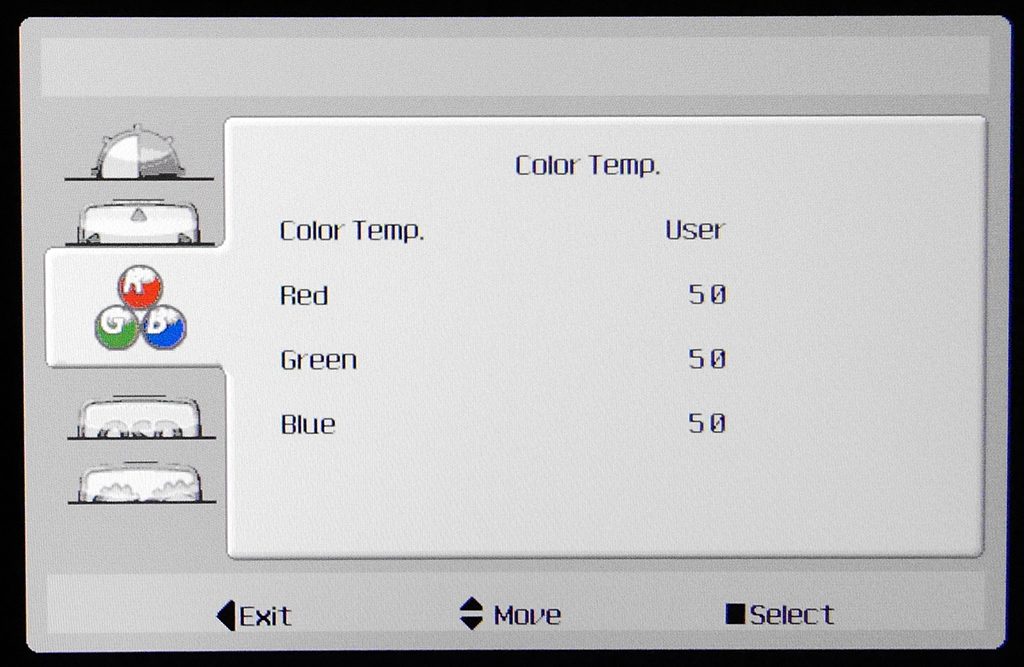 Finally we have OSD Setup, which does what it says on the tin, and Extra, which lets you select inputs, reset all the G3266HS-B1’s settings, and gives you information like the resolution and frequency of your gaming display. There are quite a few things missing for our taste. We would have loved to have seen a few more user-programmable presets, including fine control over colour and contrast, and the ability to assign different refresh rates and FreeSync states to each one. And finally, a low blue light mode might have been nice. 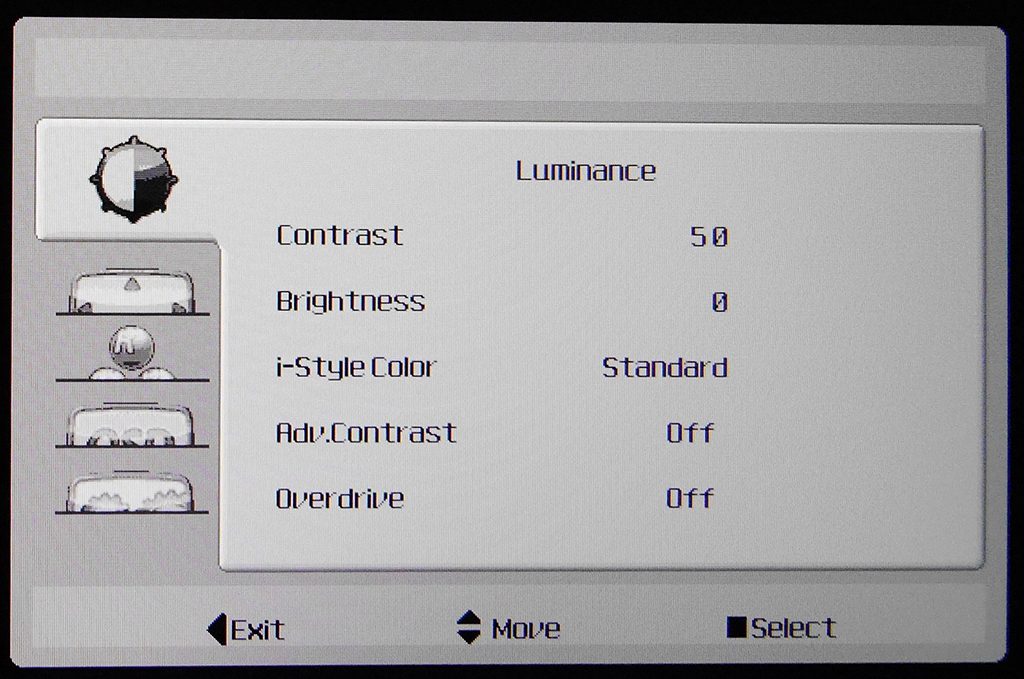 At its factory default, Iiyama’s biggest gaming display consumed a fairly reasonable 37W – reasonable, that is, as it’s pushing every nit of its 350 nits (also known as cd/m2) brightness across 31.5 inches of panel goodness. Considering most monitors fall a little short of their stated maximum luminance, it’s pretty impressive that this one exceeds it by 50 nits!

Knocking things down to a more reasonable 120 cd/m2, which is our calibration target, the G3266HS-B1 consumed only 20W; while lowering brightness to its minimum, which provided a very usable 41 nits, brought that down to a mere 15W. Interestingly the most frugal Eco mode still sipped 17W, but standby behaved exactly as expected, with the standard figure of 0.5W. The takeaway is that the G3266HS-B1 won’t hurt your wallet either before or after purchase. It also stays nice and cool during operation, and we heard no unwanted noise or whine from its integrated PSU. 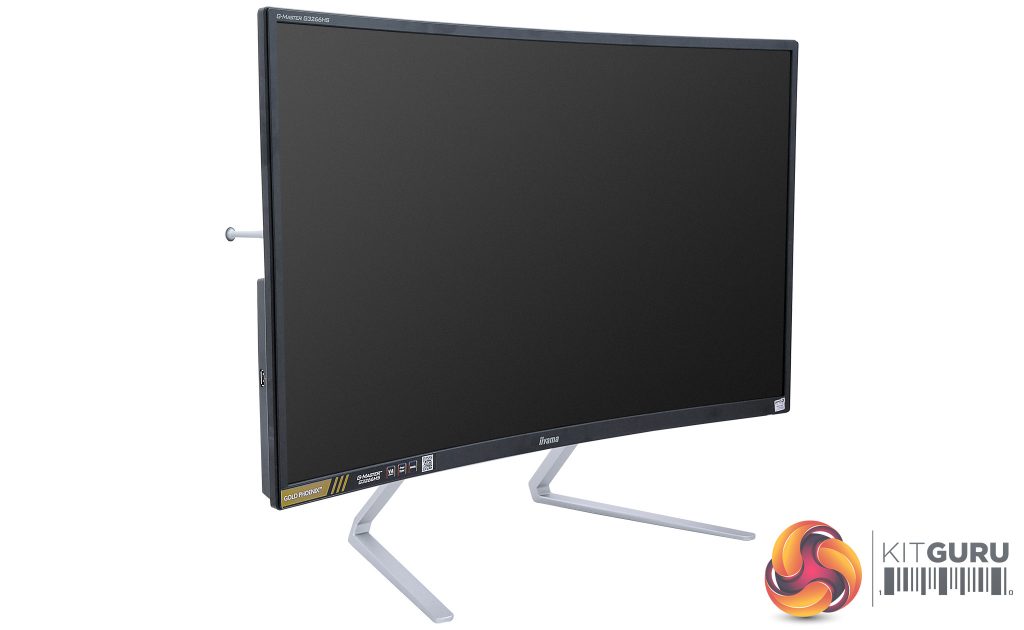 We’ve heard worse than the G3266HS-B1’s down-facing speakers but, given the size and thickness of its chassis, we were expecting better. Unfortunately the dual 2W efforts here live up to their rating, producing a flat and unimpressive sound. While there’s a decent amount of clarity and volume from the mid-range up, with our meter measuring 74dB at the bezel, there is no sense of impact as bass is virtually non-existent. Put all this together and we would definitely recommend using headphones or external speakers for any gaming or entertainment use.