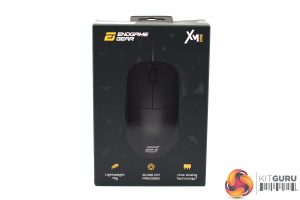 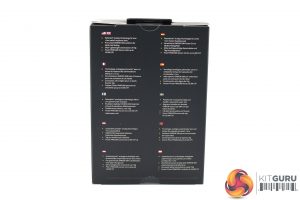 The Endgame Gear XM1 ships in a pretty simple black box, with a large image of the mouse itself visible on the front. Below this, three key features have been highlighted – the 70g weight, the PMW 3389 sensor and the sub-1ms analog technology.

On the back of the box, there are more key features mentioned in several different languages. 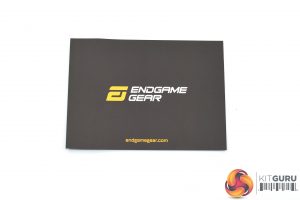 Inside, the only included accessory is a small quick-start guide which lets you know the default DPI stages for the mouse and where you can download the accompanying software. 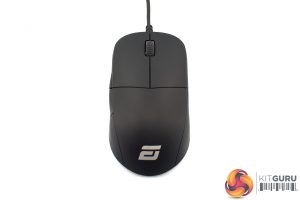 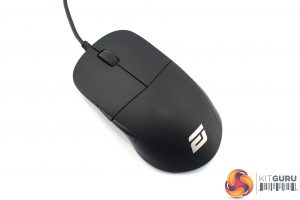 Moving onto our first look at the mouse itself, the most immediate things to note are that the XM1 is symmetrical in its design, but I wouldn’t class it as fully ambidextrous due to the side buttons only being on the left. At the moment, the XM1 is only available in black.

As for the overall shape, I would class the XM1 as a medium-sized mouse, with dimensions of 122.14 x 38.26 x 65.81 mm (W x H x D). It’s got a similar overall shape to the SteelSeries Sensei and Kana mice, with a rounded front and a bottom end that flares gently outwards. The back end of the XM1 does seem to taper off a bit quicker than the Kana, but if you like that kind of shape the XM1 will be right up your street.

The XM1 is also very light, weighing in at just 70g. This puts it in the same class as the Razer Viper and the Glorious Model O, though obviously the XM1 has not put lots of honeycomb holes in its shell as per Glorious and Finalmouse. 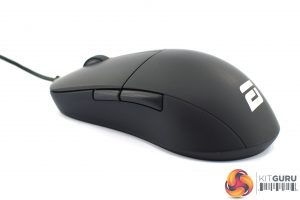 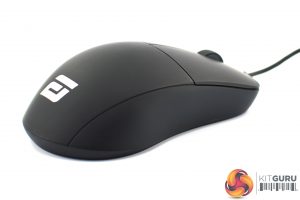 We mentioned the side buttons are only on the left-hand side of the mouse, so it’s still aimed primarily at right-handed users, and you will note that the button at the back is fair bit longer than the button in front of it.

The right hand side of the mouse has been left bare. 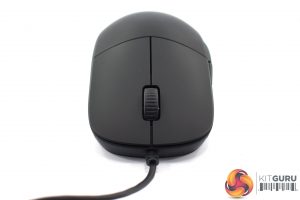 At the very back of the XM1 we find the Endgame Gear logo printed in silver, but there’s no RGB lighting on this mouse so don’t expect this to start glowing once you’ve plugged it in.

Moving to the front of the XM1, here we get a look at the primary buttons and the scroll wheel. There’s no DPI button on the top of the mouse, instead this has been moved to the underside. 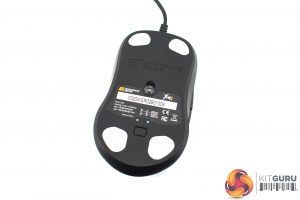 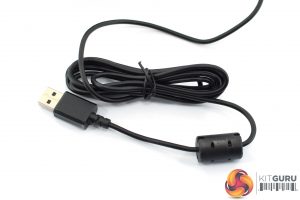 As for the underside of the XM1, here we find four PTFE feet – two larger ones at the bottom, and two slightly smaller feet at the top. The PMW 3389 sensor lens is visible in the middle of the mouse, and just below that there is the DPI switch. Two small LEDs are placed above the DPI switch and these do light up different colours in accordance to which DPI stage you currently have active.

The XM1 uses a 1.8m standard rubber cable which is not braided. 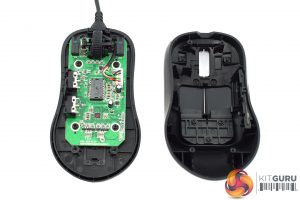 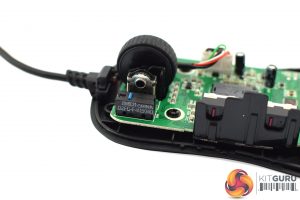 Opening up the mouse to get a look at the PCB, the first thing to note is the use of ‘D2FC-F-K(50M)’ Omron switches, rated for 50m clicks. Endgame Gear say these have been ‘pre-sorted… for an ideal click feeling’ and we discuss overall button quality on the next page. 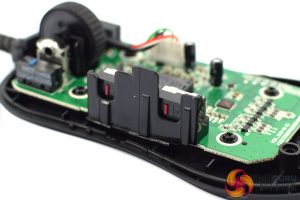 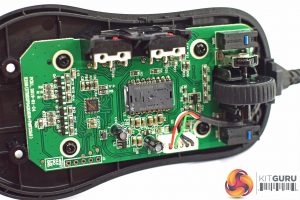 The side buttons are from TTC, and we can also get a look at the PMW 3389 sensor in the middle of the PCB. This has a native DPI of 16,000 though you can set your preferred sensitivity using the XM1’s software.