To test the Morpha X, I used it as my daily driver for a week, giving me plenty of time to get an idea for how it feels and performs. During this time, I used it while performing a variety of different tasks, including gaming, photo editing and general usage.

While using the mouse, I also tested it in a variety of its different ‘forms’ – meaning I tested out the different switches, sensors and experimented with the weights, too.

First, though, let’s take a look at the software. 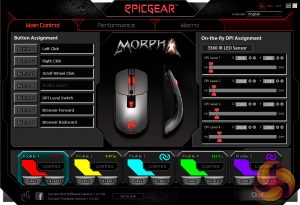 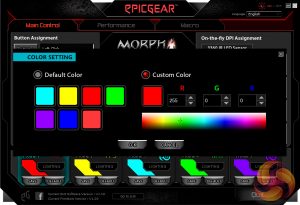 Immediately, we can see little has changed from the GUI that’s included with the DeFiant mechanical keyboard. This means the software suite looks very dated and clunky, a far cry from what we get with Razer or Corsair mice.

The first page offers some standard button re-assignment options, and you can also set up to 4 DPI stages. At the bottom we find 5 different profiles, each of which are independently configurable.

The Morpha X’s lighting is also adjustable, but it is disappointing to see a lack of any lighting effects. As far as I can tell, users can only set one static colour, but the mouse is still RGB-capable so it can be any colour you wish. 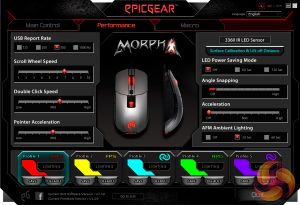 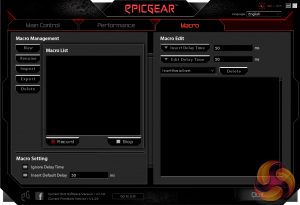 The next tab offers control over things like polling rate, scroll speed and acceleration.

The last tab is for your macros, and you can record and map macros to your heart’s content.

All-in-all, the software is actually OK. It does give you control over all the important things (macros, button assignment and performance metrics), though it is still very ugly which just makes using it unappetising. The lack of lighting effects is also not ideal for an RGB mouse in 2017. 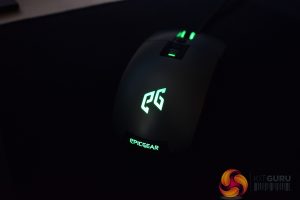 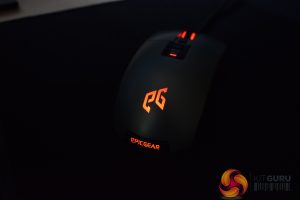 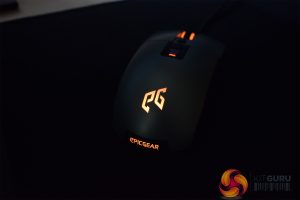 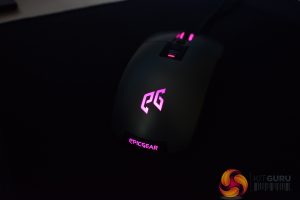 Speaking of lighting, though, the actual colours are produced quite well – despite the lack of effects. The LEDs are also nice and bright, and the coverage is also quite even across the EG logo. It is just a shame users can only set a single static colour.

Now, let’s move on to the day-to-day performance of the Morpha X.

Now, the inclusion of both an optical and laser sensor is interesting, as laser sensors seemingly have a bad rap with gamers as they tend to exhibit greater discrepancies when tracking at speed. Optical sensors, however, are known to deliver more uniform performance without unwanted acceleration.

In-practice, I couldn’t say I noticed much of a difference between the two. I used both at around 3000 DPI, not even coming close to either sensor’s maximum sensitivity, and had no issues with either sensor whether I was gaming, photo editing or just moving around on the desktop.

The hardcore users among you may notice more of a difference when gaming, though, as I am definitely more of a casual player. As such, I would expect the vast majority of people to stick with the optical sensor, and this is particularly true given the PMW 3360 is considered a class-leading optical sensor anyway. However, there are probably some for whom having a laser sensor could be useful given lasers tend to perform well across different surface types. I would expect this to be a minority of people, though.

Next, the modular switches. The EG Orange switches are installed by default, and these are rated at 20m clicks. The EG Purple switches, what EpicGear calls the ‘pro’ switch, are rated at 50m clicks.

I did notice the difference between the two, and I would say the difference is actually quite pronounced, though I do use a lot of mice so I am finely-tuned to how they feel – your experience may vary. In my experience, the Orange switches are much lighter, with less tactility, whereas the Purple switches are heavier and slower, with increased tactile feedback.

Which switch you prefer depends on your style and what games you play. I tend to play first or third-person shooters, so I found the Orange switches perfect for quickly firing off semi-automatic weapons or melee-ing enemies to death. If you play slower games, maybe puzzlers or turn-based strategies, you may not need the extra speed so the tactile Purple switches might just feel better as you play.

As for the weighting system, that also depends on your style of play. Personally, I found the mouse to be a touch heavy even with all the weights removed. EpicGear states that the Morpha X weighs 92.6g without the weights, cable or sensor, but you’re obviously not going to use it without a sensor, so that’s a bit silly. Taking matters into my own hands, I weighed the mouse (with sensor included) and found it to be 114g with no weights and 134g with all the weights.

This could be an issue for some, as competitive FPS gamers who play at low DPI settings will probably find that 114g is still too heavy to whip the mouse around react with sufficient speed. It is obviously highly subjective, but I think the Morpha X’s base weight could do with being 10-15g lighter.

In terms of comfort, though, I was pretty happy using the Morpha X. I would say it best using a claw grip, as the mouse is probably a bit too flat to use a palm grip comfortably, although that is obviously just my opinion. The rubber sides are very ‘grippy’, though, and I had no issues with losing my grip, even when my palms were getting a bit sweaty after a few long gaming sessions.

However, I did encounter one issue with the plastic outer-shell. It is all well and good that you can change the colour from a matte grey to a glossy white, but I actually found that the bottom-half of the plastic shell to be a touch loose. This meant I would occasionally feel the plastic shift underneath my palm when moving the mouse, and it was just a bit off-putting.

I’m not sure if my sample was particularly loose, but I do feel that the outer-shell’s clips could do with being slightly bigger to ensure a tighter contact with the mouse’s body.