Home / Channel / How little money is there in games hardware?

How little money is there in games hardware?

We keep a pretty good eye on the way the channel operates. Specifically, looking for the deals that are being offered into stores – against what we know the stores sell the products for to customers (i.e. KitGuru readers). One offer in the trade press got us wondering, so we investigated and now want to share the numbers with you. KitGuru grabs hold of a controller and hollahs “How much?”

Anyone who questioned how long an XBox 360 could survive in the market, powered by nothing much more than a custom-built 500-MHz ATI Graphics card with 10 MB of embedded DRAM, would probably have been taken by surprise at the answer, “7 years and counting”.

While the initial base units did experience some failures due to overheating, those issues have been ironed out over the years and the modern version of the internal processor is not only half the size, it also uses around 60% less electricity.

That leaves the controller. Your interface with the machine, which will – as a matter of course – take a beating.

As a result, there is a healthy business in supplying the market with replacement controllers, but how much money does anyone make from doing this?

Specialist distributor Click Entertainment has gone on record in MCV to say that they will deliver official Microsoft XBox 360 controllers for just £16 each. That’s for an order of around 500 units. The company’s head of business development, Jake Wright, has been quoted as saying “We’re pleased to offer this top-selling product at these exclusive prices…”.

The indication is that a price of £16 is some kind of special deal. Probably the kind of deal that someone like eBuyer would be able to take advantage of. So let’s check eBuyer’s price and see how much money people can make with Microsoft hardware.

.
KitGuru says:  We’re sure that (a) eBuyer is not a registered charity and (b) that they can buy these controllers for a better price than £16 each, but our look at Microsoft hardware pricing does raise a serious question about the survivability of this market space. Whenever you saw a queue of people heading into Game on the high street, spending loads of money, how much of that was actually retained as net profit by the store itself? 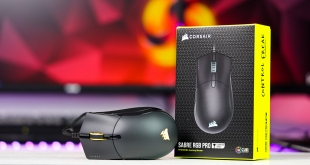