Logitech teams up with Riot for LoL-themed gaming peripherals

Logitech and Riot Games have announced a new partnership to launch “a portfolio of officially licensed League of Legends gaming products”, inspired by Riot’s own virtual music group K/DA.

A League of Legends themed G733 gaming headset is the “centrepiece of this new collection”, but a G304/305 gaming mouse, a G840 XL gaming mouse pad, and a G33 gaming headphones are also on the way.

Peter Kingsley, chief marketing officer at Logitech G, stated that this partnership will “bring several product, technology and design collaborations that will give League of Legends fans the best way to play”. Christian Bayley, director of consumer products at Riot Games, said that the new LoL-themed Logitech peripherals are perfect for fans who wish to show “their love and passion” for the game. 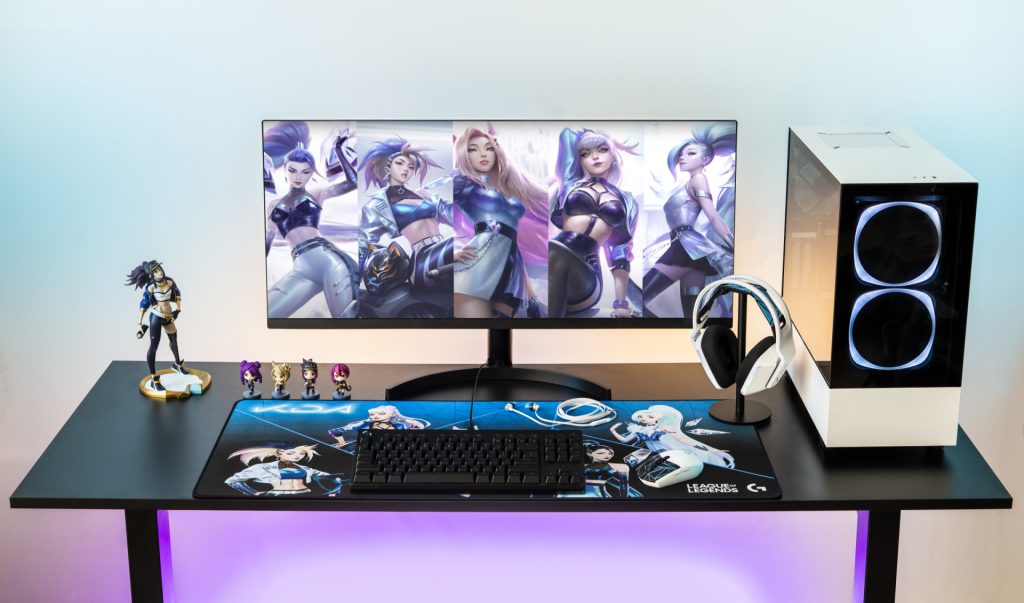 The G733 Lightspeed wireless RGB gaming headset is lightweight (278 grams) and features a reversible and adjustable suspension headband. The G333 gaming in-ear headset is the “first in-ear headphone” from the company, featuring dual drivers on each side – one for bass and another for mids and highs.

The G304/305 Lightspeed wireless gaming mouse is small and light (99 grams), but also very precise thanks to the Hero sensor. The G840 XL gaming mouse pad has a massive ” performance-tuned” surface area featuring custom K/DA artwork and a rubber base to prevent it from sliding.

KitGuru says: Are you a fan of League of Legends? Are you interested in any of the Logitech LoL-themed peripherals?

Previous G.Skill launches CL14 low-latency memory kits with up to 64GB capacity
Next The PS5’s SSD is even faster than previously thought