Japanese gaming magazine Famitsu, has a load of new information and images about the upcoming Monster Hunter 4G, the “ultimate,” version of Monster Hunter 4, much in the same way that the Wii U Monster Hunter Tri Ultimate, was an improved version of the Wii’s edition. While we don’t have the translations for the information (get in touch if you can read it) the images at least give us some insight into the handheld title. 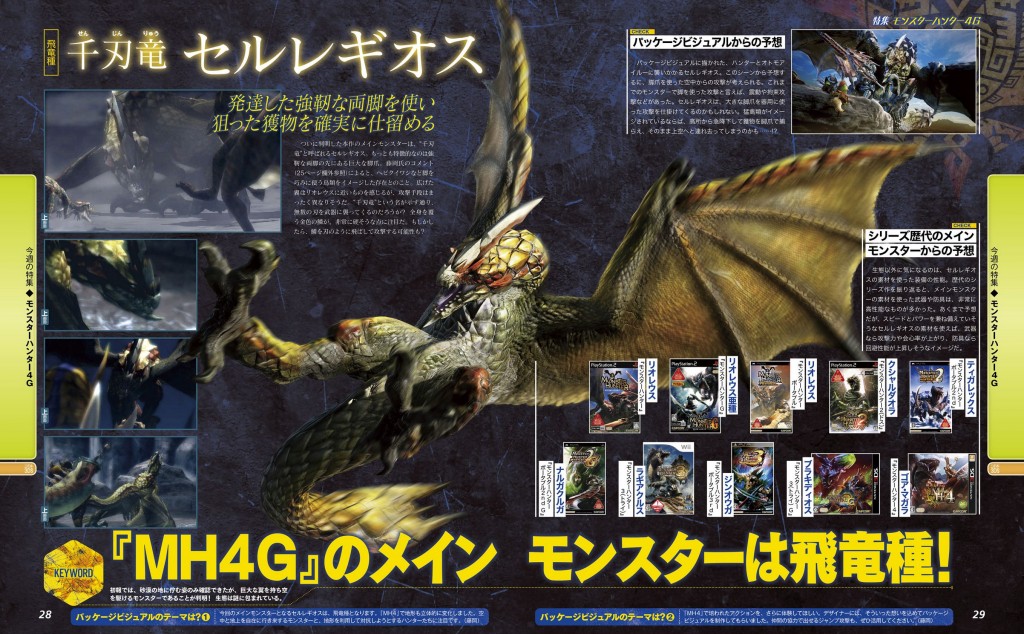 Set for release at some point in early 2015, Monster Hunter 4G will be the first time that the fourth iteration of the series has reached Western shores. Being the improved version means it will come with added monsters, overhauled weapon and armour skills and perhaps a new area or two. 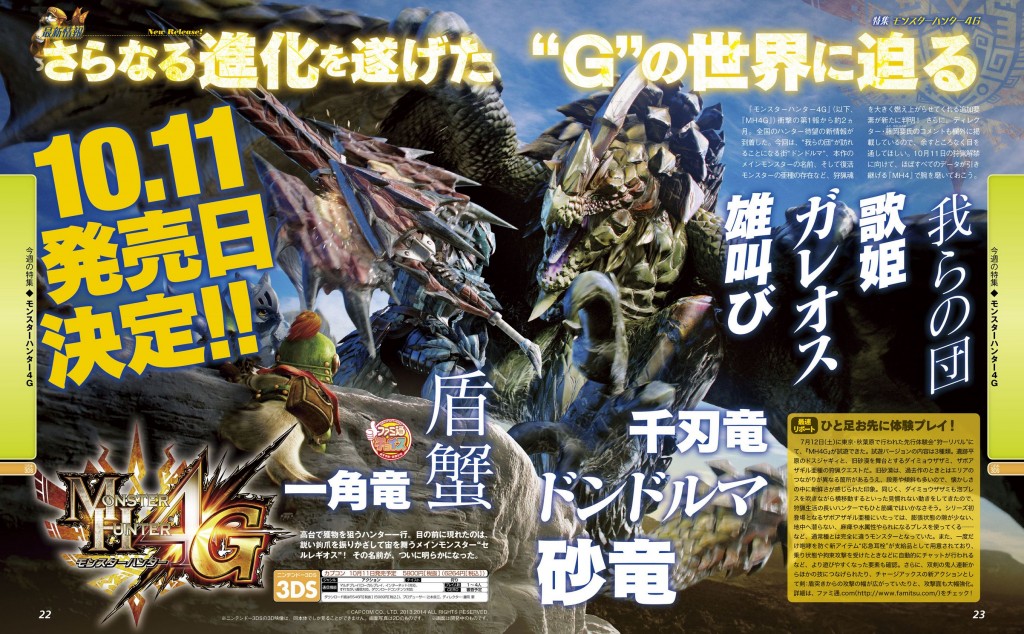 According to the official Wiki, Monster Hunter 4G has one brand new monsters and seven sub-species of the original ones. There’s also four large monsteers making a return from previous games, including the Diablos and Hermitaur. 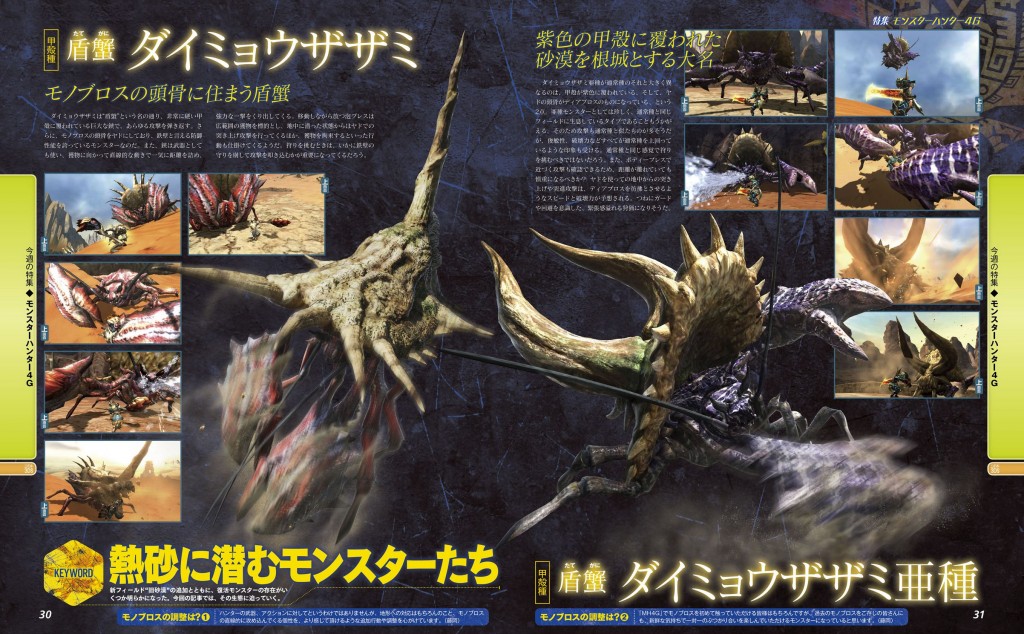 Along with new monsters, there’s hints of new environments to hunt in, and some visually improved cut scenes too. 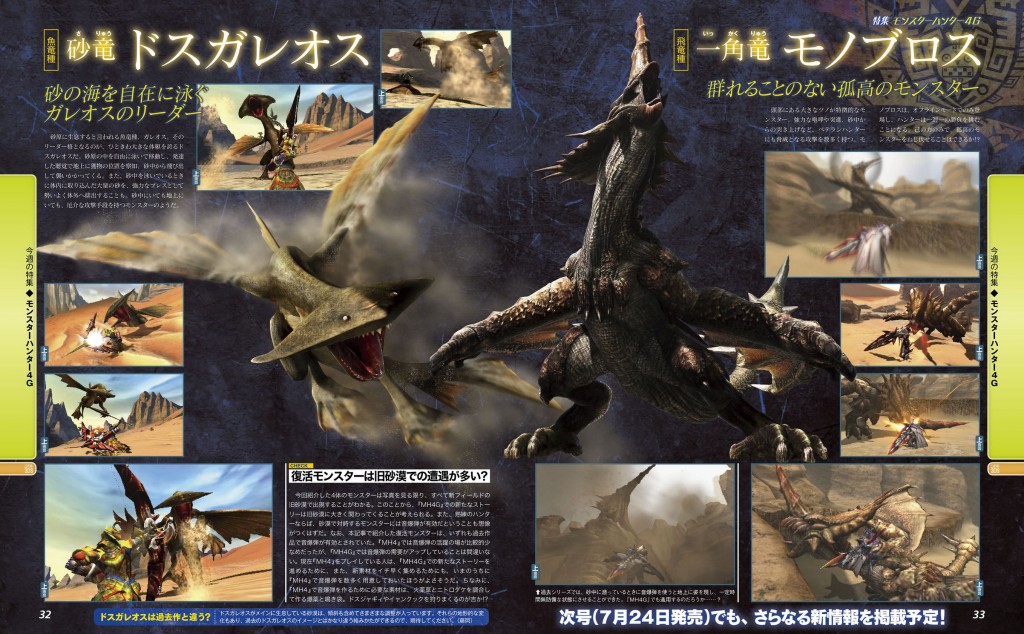 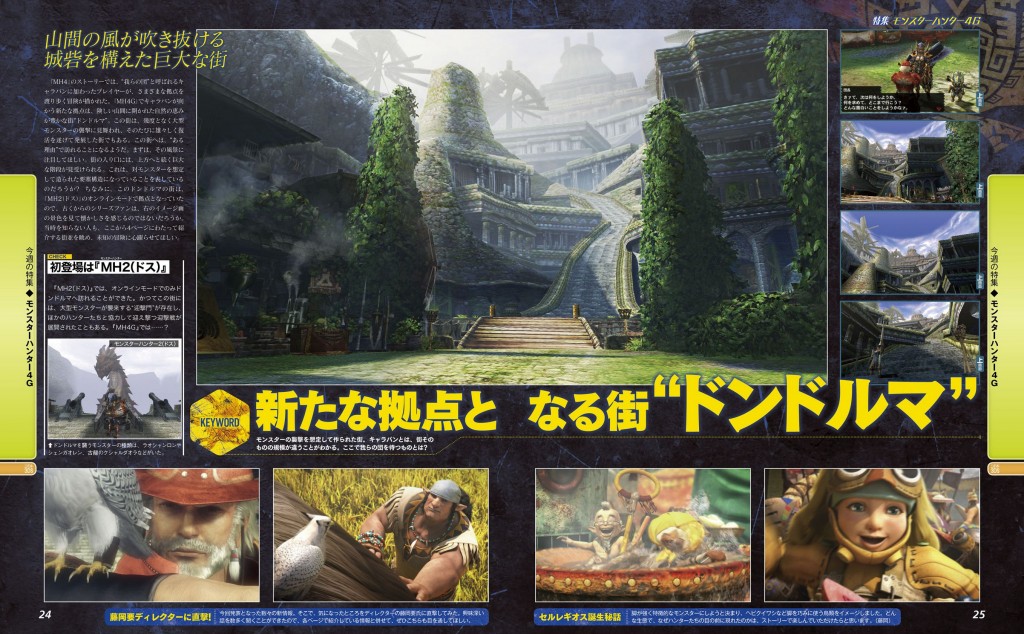 For now it looks like 4G will only be getting a handheld release. While Monster Hunter 3 Ultimate did reasonably well on the Nintendo console, it doesn’t seem to have shifted enough units to make it seem worthwhile porting over this new version.

KitGuru Says: Considering I’m only about 50 hours in on Tri Ultimate at the moment, I’m glad a new Monster Hunter isn’t just around the corner, but it’s a shame this isn’t getting a home console release. The new features and combat mechanics would certainly be fun to play around with.

[Thanks AGB for the images]