Here’s how sound will scare you in SOMA

When it comes to creating a fearful atmosphere, one that makes your bones shudder and your hairs stand on end, sound can be your greatest ally. A whisper of wind at the right time, a mocking, maniacal laugh – they can set the mood and make a player doubt their own senses if done correctly. Of course Frictional almost always does so and in the build up to the release of its next game, SOMA, it’s shown off just how it makes all those chilling sounds. 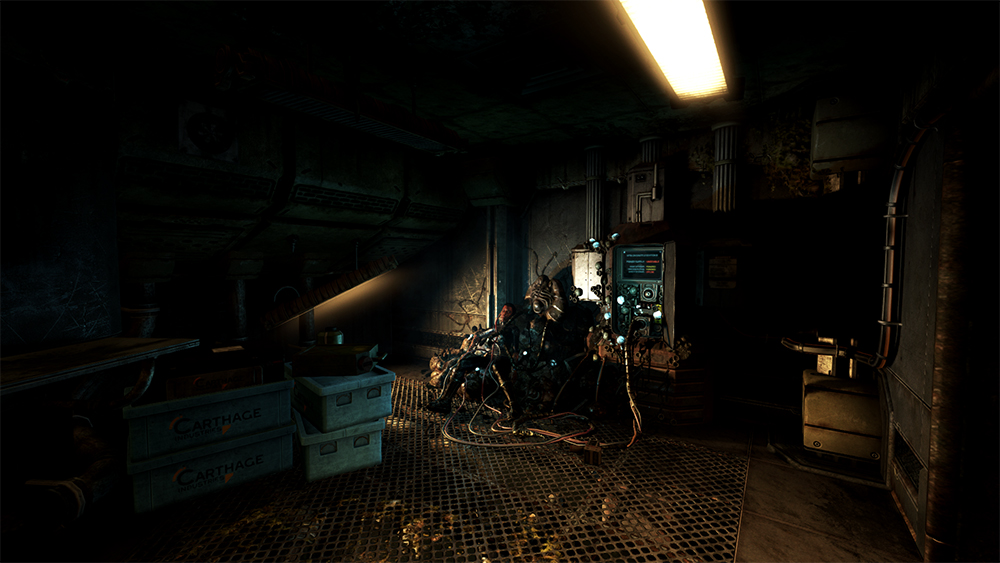 As Frictional Games’ composer for SOMA, Mikko Tarmia explains in the video, setting the scene for a sci-fi horror was part of his job as the master behind the music, so he had quite a suite of tools to bring to bear to achieve that. His favourite, was an analog, modular synthesiser, though we have to admit, that Akai controller is the most bizarre sound making device we’ve ever seen.

But it does make some wonderfully haunting sounds and you can feel how that droning fits into the atmosphere of an undersea research station, as player’s try and stay alive with all of the world’s ever-friendly enemies.

For those that like what they hear, SOMA is available for pre-order now on Steam and GoG, and will be launching on the 22nd September for PC and PS4.

KitGuru Says: I never managed to get far in Amnesia or Penumbra. I doubt I’m going to be able to get much further in SOMA, but with its clear SCP influences, I may need to give it a try.

Previous Toshiba: 128TB SSDs will hit the market in 2018
Next Ashley Madison faces lawsuits, suicide blame, claims it hacked others