Wii U exclusive Hyrule Warriors is a curious mashup that I don’t think anyone saw coming, but for fans of the ‘Warriors’ series of games, be it Samurai, Gundam or Dynasty, it certainly mixes up the traditional in some interesting ways.

Yes the endless mobs of unthreatening enemies are back. Yes there are over the top attacks that the player can pull off killing tens and hundreds in a single button push, but where the game starts to mix things up is with its wide roster of very different characters and a similarly large roster of enemies of different shapes, sizes and with different abilities.

What looks really exciting however, is how it brings in traditional Zelda elements and blends them together with the Warriors’ traditions. In-case you can’t watch the above video or would rather read about it instead, three quarters of the way through, after much enemy slaying and Lieutenant battling, we see Link throwing bombs at walls, grappling hooking his way up structures and moving around a 2D map, reminiscent of the original Zelda game on the NES. 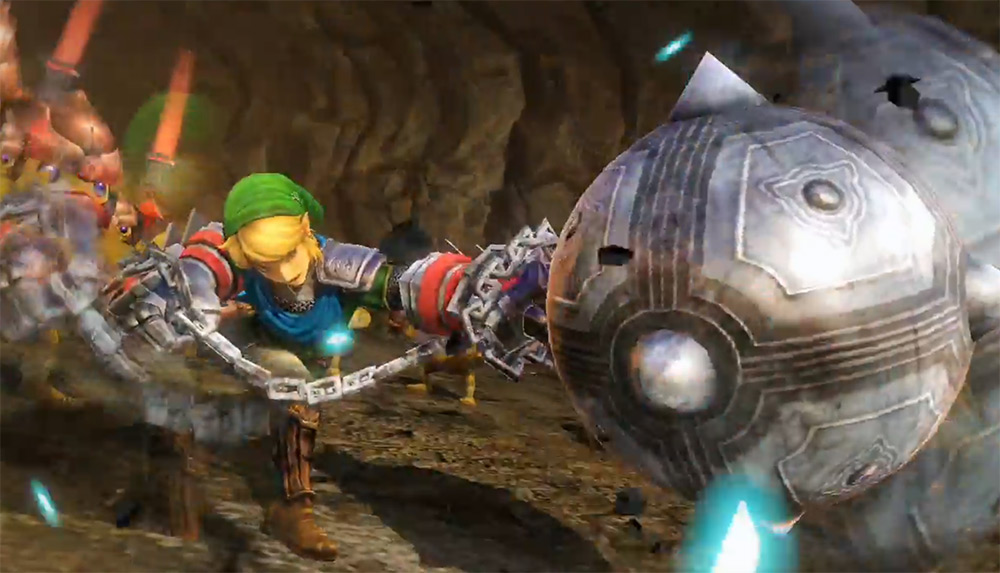 Shotgun the mace of doom.

He then has to go up against giant bosses, wielding a variety of weapons. There’s a chicken invasion to watch out for too. We even get a quick (simulated) taste of a local multiplayer mode, split screening between the TV and gamepad.

Hyrule warriors is set for release on 14th August in Japan, Europe on 19th September, Australia on the 20th and America on the 26th.

KitGuru Says: Anyone think Zelda kind of stole the show there? She seemed like the biggest badass of the lot.